Further, he alleged that the Trinamool wanted the ballot paper system in the Lok Sabha polls to rig the elections. 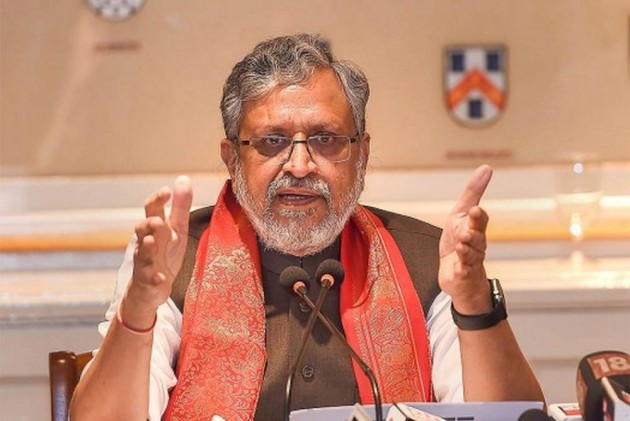 Bihar Deputy Chief Minister and senior BJP leader Sushil Modi on Sunday slammed the grand-alliance of opposition leaders, saying that the government wouldn't last longer than a year if a leader of a party becomes the Prime Minister with just 25-30 seats.

The January 19 Brigade Parade rally, organised by West Bengal Chief Minister and Trinamool Congress supremo Mamata Banerjee, had brought together leaders from 23 anti-BJP parties, who gave a call to oust the saffron outfit in the coming Lok Sabha polls.

Modi, addressing a party rally in Howrah district, wondered who would be the Prime Minister if the opposition comes to power.

"Who will become the Prime Minister? Will it be (BSP chief) Mayawati, or (Samajawadi Party president) Akhilesh Yadav, or (RJD chief) Lalu Prasad? Or Mamata Banerjee?"

"The government won't last even a year if a leader of a party with only 25-30 seats becomes Prime Minister," said Modi.

Coming down heavily on the law and order and political violence in West Bengal, Modi said the violent incidents during the panchayat polls last year reminded one of the jungle Raj during the Lalu era in Bihar.

"In Bengal, during the Panchayat polls, over 100 people were killed. The misrule under the Trinamool regime reminds us of the jungle raj of Lalu Prasad and the RJD in Bihar," he said.

In contrast, Modi said in recent elections In Bihar, "leave aside injuries, not even a single booth was captured".

He alleged that the Trinamool wanted the ballot paper system in the Lok Sabha polls to rig the elections.

"The Trinamool wants scrapping of the EVM (Electronic Voting Machine) system and reintroduction of ballot paper, so that they can rig the Lok Sabha and assembly polls, just as they had done during the panchayat elections in Bengal," Modi said.