The March 1-2 OIC meeting is the first such invite to India in five decades, and is a major diplomatic victory. 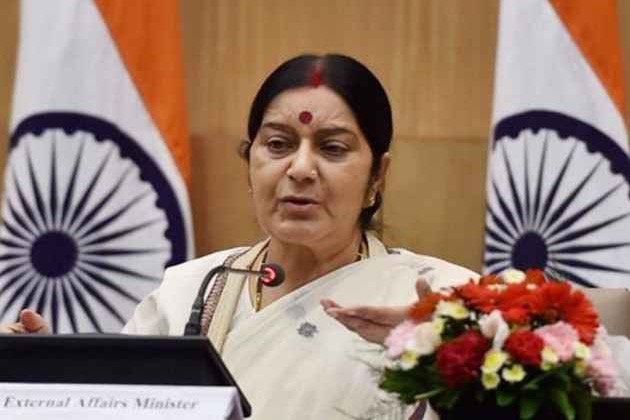 Amid heightened bilateral tensions after the Pulwama terror attack, Indian External Affairs Minister Sushma Swaraj may come face to face with her Pakistani counterpart, Shah Mahmood Qureshi, in Abu Dhabi on March 1 where she has been invited to address the plenary of the Organisation of Islamic Cooperation (OIC) foreign ministers meet.

The March 1-2 meeting is the first such invite to India in five decades, and is a major diplomatic victory.

Meanwhile, the Pakistani Foreign Minister on Sunday warned India to dismiss any thoughts of “pressuring Pakistan with its war-mongering tactics”.

While addressing the media following a consultative meeting held at the Foreign Office, Qureshi said, “Pakistan is a peaceful country. But [I have a] clear message for India: if you think we can be pressured, then stop thinking this,” he said, adding, “Pakistan’s military, political leadership, and the entire nation stands united with Kashmiris and their struggle,” Geo reported.

India has termed the invite to address the Inaugural Plenary of the 46th Session of the Council of Foreign Ministers of the Organisation of Islamic Cooperation (OIC) as a “welcome recognition of the presence of 185 million Muslims in India and of their contribution to its pluralistic ethos, and of India’s contribution to the Islamic world”.

The External Affairs Ministry also said that New Delhi sees the invitation as a milestone in its comprehensive strategic partnership with the UAE.

Swaraj has been invited by Sheikh Abdullah bin Zayed Al Nahyan, the Foreign Minister of the United Arab Emirates (UAE) as the ‘Guest of Honour’.

This is the first time that a leader of a non-Muslim country has been invited to the OIC conference.

The move is seen as a major blow to Pakistan that has always opposed India’s entry into the 57-member grouping of Muslim majority nations despite having the third-largest Muslim population in the world.

India’s invite to the OIC meeting is a mark of the growing warmth in ties with the Gulf nations. The invitation also coincides with the visit to Pakistan and India by Saudi Crown Prince Mohammed bin Salman.

In a statement, the UAE said the foreign ministers will discuss a range of issues regarding peace and stability in the Muslim world at the meeting.

“The friendly country of India has been named as the guest of honour in view of its great global political stature as well as its time-honoured and deeply rooted cultural and historical legacy, and its important Islamic component,” the communique read.

Relations between India and Pakistan have worsened following the Pulwama terror attack of February 14 in which 40 Indian paramilitary troopers were blown up in a suicide attack by an operative of the Pakistan-based Jaish-e-Mohammad outfit. India has blamed Pakistan for sheltering the outfit that has been behind several terror strikes in the country.