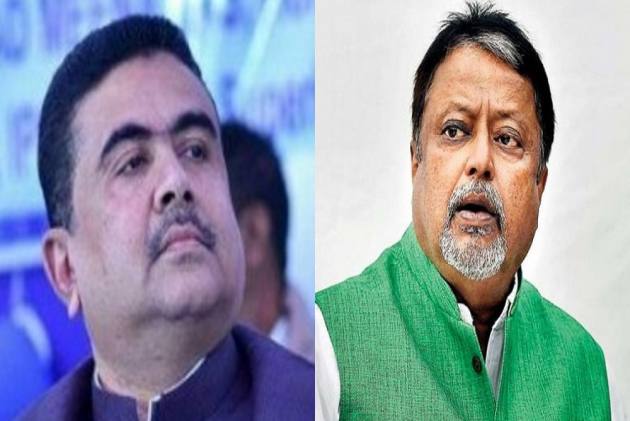 BJP leader and the Leader of Opposition in West Bengal Suvendu Adhikari on Friday attended the hearing on a plea seeking Mukul Roy's disqualification as an MLA at Speaker Biman Bandyopadhyay's chamber, and said that the saffron party may move the court on the matter.

Coming out of the speaker's chamber, Adhikari told reporters, "We would want a specific time frame within which the hearing will be completed. We want Roy to get disqualified as soon as possible. We are considering our legal options... The party may move the court."

Adhikari had recently submitted a 64-page document to the speaker demanding immediate disqualification of Roy as MLA under the anti-defection law on the grounds that he has won an assembly seat on a BJP ticket but switched over to the TMC shortly after.

The BJP MLA from Nandigram, along with other legislators, had staged a walkout in the Assembly last week in protest against Roy's appointment as Public Accounts Committee (PAC) chairman.

The senior BJP leader, who had also switched camps ahead of the state elections, said all documents, audio clips and video footage backing our demand have been placed before the speaker.

"We have already provided a 64-page dossier to the office of the speaker. The process of hearing should not take too long. We have great respect for the speaker's chair but past experiences have made us sceptics.

"Over the last 10 years, there had been at least 50 cases of such defections in West Bengal. Not much happened...We don't have confidence in this (TMC) government."

Adhikari further said that July 30 has been fixed as the next date of hearing.

Asked about the development during Friday's hearing, he said, "The BJP will not go into technicalities... We have been asked to attend the hearing again on July 30."

Sources in the Assembly said the speaker sought certain clarifications from Adhikari during the hearing. Roy, however, didn't talk to media persons after the hearing.

The legislator attended a meeting of the Public Accounts Committee as its chairman, during the day. No BJP MLA was present at the session.

TMC MP Sukhendu Sekhar Roy, when approached, said the speaker has just taken cognizance of the complaint against Mukul Roy.

"There is no question of any acknowledgment of the BJP's stand by the speaker. The hearing has only begun," the Rajya Sabha MP said.

He further hailed the move of Lok Sabha secretariat to send notices to turncoat MPs Sisir Adhikari and Sunil Mondal, who crossed over to the BJP from the TMC before the polls.

"Our party has sought the disqualification of Adhikari and Mondal as MPs to Lok Sabha Speaker Om Birla. We are happy that the process to hear their cases has started. Let's hope for a positive outcome," the TMC deputy leader in the Upper House said.