Adhikari said that leaders claiming BJP would win 170 seats led to the downfall of the party in the polls as the smugness and overconfident attitude led to a lack of understanding of the emerging ground situation. 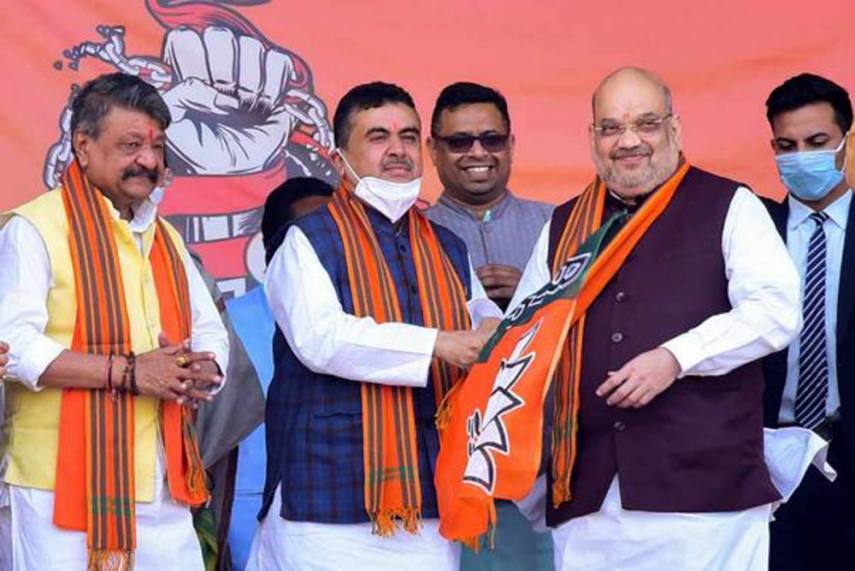 West Bengal's Leader of Opposition Suvendu Adhikari recently blamed the overconfidence of several leaders within the BJP for its rout in the Assembly Elections held in West Bengal earlier in the year.  Addressing workers at a party meeting on Sunday, Adhikari claimed that leaders pre-emptively claiming BJP would win 170 seats led to the downfall of the party in the polls as the smugness and overconfident attitude led to a lack of understanding of the emerging ground situation.

Adhikari was speaking at a meeting held in the Chandipur area of Purba Medinipur district. This is the first public criticism that the Leader of Opposition had made since the Trinamool Congress swept the state polls earlier in May.

"As we did well in the first two poll phases in these parts of assembly segments, many of our leaders became smug and overconfident. They started believing that the BJP will secure 170-180 seats in the elections, but they did not do the groundwork. This cost us dearly," the TMC turncoat said.

He said continuing work at the ground level was equally important as setting up targets, which was realistic but needed hard work.

Reacting to Adhikari's claims, Trinamool Congress spokesperson Kunal Ghosh said, "Suvendu has conveniently forgotten the slew of social welfare projects and a spree of development by Chief Minister Mamata Banerjee and the mandate against BJP heavyweights' sustained campaign against the CM and TMC."

"The BJP was living in a fool's paradise as many of their leaders predicted that the saffron camp will cross 200 seats. Why he is finding fault with others? Didn't Suvendu also boast repeatedly that his party will get 180 seats at least? Actually, they don't know the pulse of Bengal, Trinamool does," Ghosh, the state general secretary of the TMC, said.