Suvendu Adhikari has sought a transfer of the West Bengal CM's petition challenging his election from Nandigram constituency after the Calcutta High Court fined her Rs 5 lakh. 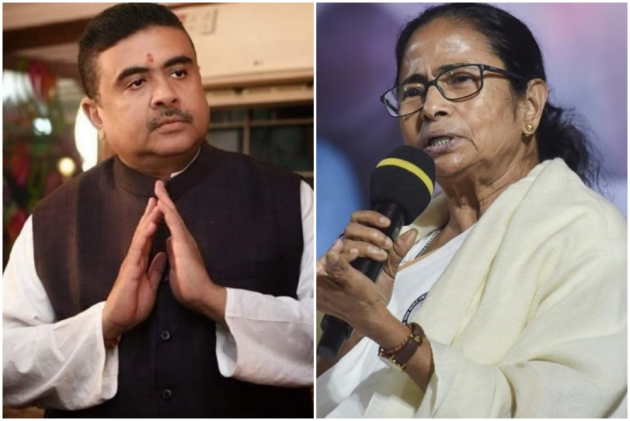 Banerjee's plea is currently pending in High Court after Justice Kaushik Chanda recused himself from hearing her plea against Adhikari following an appeal by Banerjee seeking his removal from the case. Though the application was rejected by Justice Chanda himself, the latter chose to not hear the case any further upon his own discretion and released the case from his bench.

Now, as per reports, BJP leader and Leader of Opposition Adhikari has himself sought the transfer of Banerjee’s plea outside the state, lawyer Kabir Bose said.

Adhikari, a former close aide of the chief minister, who joined BJP in 2020, is presently holding the post of the leader of opposition in the state assembly after defeating Banerjee in closely-contested polls by a margin of 1,956 votes.

The election petition of the chief minister is presently being heard by a bench of Justice Shampa Sarkar of the high court and it has issued notice to Adhikari in the matter.

Seeking his recusal, the Trinamool Congress chief had claimed that Justice Chanda was an active member of the BJP till his appointment as the Additional Solicitor General of India in 2015 and since the election of a BJP candidate has been challenged, there were apprehensions of bias in the adjudication of the election petition.

Justice Chanda had said that he was never a convenor of the BJP Legal Cell, but had appeared in many cases representing the party before the Calcutta High Court.

Banerjee's counsel had earlier written to the Acting Chief Justice of the high court seeking reassignment of her election petition to another bench.