Take Action Against Officials For Negligence At Nizamuddin: Lawyer To HC

Central government standing counsel Gaurang Kanth, a resident of Nizamuddin East, also sought that the high court take action against the organisers and participants of the religious congregation at Alami Markaz Banglewali Masjid at Nizamuddin West for compromising the safety of people and contributing to the spread of COVID-19. 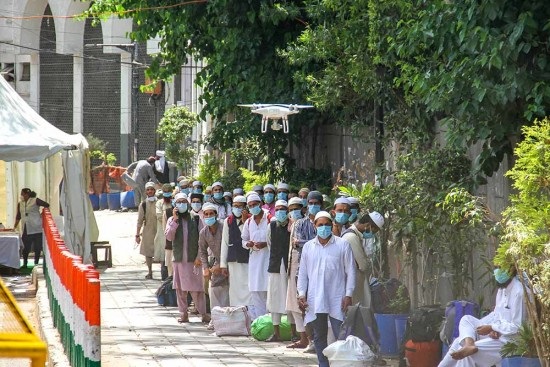 A government advocate has written a letter to the Delhi High Court seeking that action be initiated against officials for their alleged negligence in preventing the religious congregation in Nizamuddin area in New Delhi which led to further spread of coronavirus across the country.

Central government standing counsel Gaurang Kanth, a resident of Nizamuddin East, also sought that the high court take action against the organisers and participants of the religious congregationat Alami Markaz Banglewali Masjid at Nizamuddin West for compromising the safety of people and contributing to the spread of COVID-19.

Kanth said that being a Central government standing counsel he requires requisite permission from the Centre for filing an appropriate writ petition before the high court on the issue.

He also sought immediate action and remedial measures for curtailing and preventing the spread of COVID-19 in Nizamuddin area.

The advocate said he was disturbed by the alarming news that a religious congregation was organised last month at Alami Markaz Banglewali Masjid located at Nizamuddin West in south Delhi.

"What makes this more distressing is the fact that this religious congregation was attended by more than 2,000 people (which included foreign nationals from various countries including China,England, Bangladesh, Sri Lanka, Afghanistan, Indonesia, Malaysia, Thailand, Uzbekistan, Dubai and Saudi Arabia)," the letter said.

It cited media reports that at least six persons who attended the congregation have died in Telangana due to coronavirus and that some people who had attended it travelled across the country before returning to their respective states.

The advocate said the religious gathering was organised in violation of the March 16 order issued by the Health and Family Welfare Department of the Delhi Government in accordance with the Delhi Epidemic Diseases, COVID-19 Regulations, 2020 under the Epidemic Diseases Act, 1897.

"These gatherings were also in violation of another order issued by the Office of the Commissioner of Police, New Delhi which was effective from March 18, 2020 wherein assembly of five or more individuals was prohibited.

"However, despite the said orders being in place, the congregation could still be conducted shows carelessness and gross negligence of the State government and other officials including the District Magistrate – South East in handling this emergent situation at the Nizamuddin area. It cannot be denied that officials were not aware of the presence of such a large gathering at the Markaz in Nizamuddin West," the letter said.

Delhi Deputy Chief Minister Manish Sisodia on Wednesday said out of 2,361 people evacuated from Nizamuddin Markaz, 617 have been admitted to hospitals and the rest quarantined.