For all their thrust and parry, be it in Parliament or elsewhere in public, they showed themselves to be, at best, ‘frenemies’—willing to strike to good effect, but refusing to wound or draw blood. 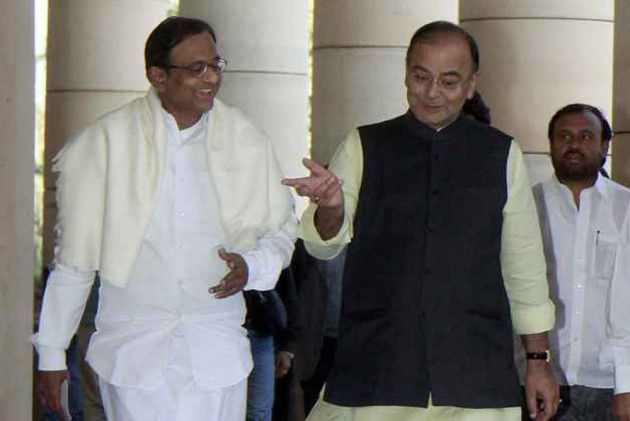 The prevalent perception in political circles is that the arrest of former finance minister P. Chidambaram on August 21 is, perhaps, intertwined with the fatal illness and death of another former finance minister, Arun Jaitley, who died on August 24. It has been speculated that the state agencies—on Chidambaram’s trail since Prime Minister Narendra Modi’s first term—moved in for the kill the moment it became clear that Jaitley could no longer make any mortal intervention on behalf of anyone. Jaitley, if one is to believe the buzzing bees, was the one who kept the Enforcement Directorate (ED) and Central Bureau of Investigation (CBI) from laying into him.

The CBI and ED are investigating Chidambaram for allegedly misusing his position as finance minister to benefit INX Media. He was named by INX Media co-founders Peter and Indrani Mukerjea, who are in jail for the murder of Indrani's daughter Sheena Bora. Jaitley, it is said, let the hounds chase the scent and keep snapping at Chidambaram’s heels, but not really get their teeth into him.

The two former finance ministers were reputed to be friends who held each other in high esteem and regard. They sparred in public, were lacerating in their criticism of each other’s public acts and policies, and revelled in wordy duels, with a catchy turn of phrase by one inspiring a catchier barb from the other. Word for word, their exchanges packed a punch and were not lacking in pun either; nothing below the belt though, ever.

Deep down, these two who were remarkably alike, knew that hard words break no bones. For all their thrust and parry, be it in Parliament or elsewhere in public, they showed themselves to be, at best, ‘frenemies’—willing to strike to good effect, in the cause of their respective parties, but refusing to wound or draw blood.

There is a story of how Jaitley, soon after becoming finance minister, put his stamp of approval on a monetary policy proposal mooted by Chidambaram. He is said to have observed that it was the product of two of the finest minds (Dr Manmohan Singh and Chidambaram). Economists would say that there was no big difference in their approach to policy, even if they weren’t always of one mind on some issues.

The similarities between Jaitley and Chidambaram are many: personable; articulate; flourishing lawyers; high-paying clientele; wealthy; well-connected; powerful political players—onstage, offstage and backstage; efficient managers of power elite as well as media, and its movers and shakers; had many puppets on a string across areas of activity—from the political and economic to the social and intellectual; friends and allies across parties; support among influential sections of bureaucracy; helped people they liked; respected those, especially in media, with whom they disagreed; resourceful;  and endowed with a range of enviable resources.

Jaitley often disagreed with the Prime Minister he served. Yet he strategised and pushed their agenda; more so under Modi than Vajpayee. Whereas Chidambaram had his way on his turf with all the PMs he served. Jaitley projected himself as the liberal, modern face of BJP; and, was at home in “Lutyens’s Delhi” and with the “Khan Market gang”. Actually, he made Modi acceptable in these circles. Doubtless, Jaitley and Chidambaram were also different in significant ways.