Taliban Must Not Allow Use Of Afghan Soil For Terrorism: India

The Security Council resolution has underlined that Afghan territory should not be used to threaten or attack any country or to shelter or train terrorists, or to plan or to finance terrorist acts. 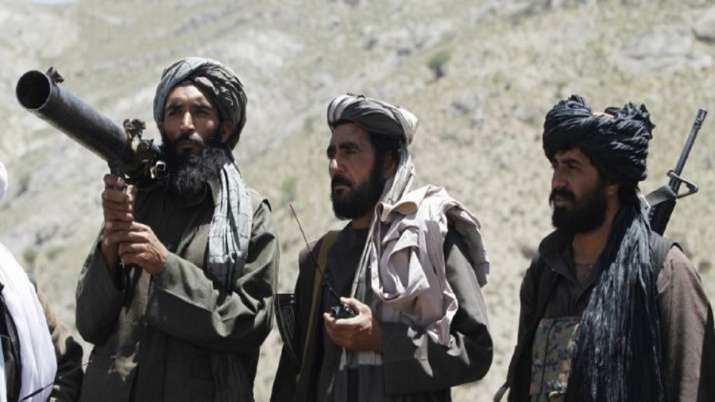 Considering the fragile and vulnerable political situation prevailing in Afghanistan, India during the United Nations Security Council debate stated that for theTalibans, it is of utmost importance to adhere to their commitment in context of not allowing utlilisation of the Afghan soil for terrorism, including from terror groups designated under Security Council resolution 1267 that lists Pakistan-based outfits Lashkar-e-Taiba and Jaish-e-Mohammed.

During Thursday's debate on Afghanistan, India’s Permanent Representative to the UN Ambassador T S Tirumurti said that being an immediate neighbour of the war ravaged country, it was a privilege for India to preside over the adoption of a substantial and forward-looking product of the Council during its presidency of the 15-nation UN body last month.

The resolution on Afghanistan “took into account some of our collective concerns, in particular on terrorism, where it has noted the commitment of the Taliban not to allow the use of the Afghan soil for terrorism, including from terrorists and terrorist groups designated under Resolution 1267.

The Security Council resolution has “underlined that Afghan territory should not be used to threaten or attack any country or to shelter or train terrorists, or to plan or to finance terrorist acts. As witnessed from the deplorable terrorist attack at Kabul Airport last month, terrorism continues to pose a serious threat to Afghanistan. It is therefore important that commitments made in this regard are respected and adhered to,” Tirumurti said.

Resolution 2593 also took note of the Taliban statement that Afghans will be able to travel abroad in an unhindered manner. "We hope that these commitments will be adhered to, including regarding the safe, secure, and orderly departure from Afghanistan of Afghans and all foreign nationals,” Tirumurti said.

India also called on the international community to rise above any partisan interests and stand together with the people of Afghanistan in their desire for peace, stability and security in the country.

“The situation in Afghanistan continues to be very fragile. As its immediate neighbour and a friend to its people, the current situation is of direct concern to us,” Tirumurti said.

He said uncertainties abound about the future of the Afghan people, as well as about sustaining and building on the gains achieved over the last two decades.
“In this context, we reiterate the need for the voices of Afghan women to be heard, aspirations of Afghan children to be realised and the rights of minorities to be protected. We call on humanitarian assistance to be provided urgently and underline the need to provide unhindered access to the UN and other agencies in this regard,” he said.

Underlining that Afghanistan has already seen enough bloodshed and violence in recent years, Tirumurti said India “calls on the international community to come together, rising above any partisan interests, to stand together with the people of Afghanistan in their desire for peace, stability and security in the country. We need to enable all Afghans, including women, children and minorities, to live in peace and dignity.”

Briefing the Security Council, Secretary-General’s Special Representative for Afghanistan Deborah Lyons said that the new reality in Afghanistan is that the lives of millions of Afghans will depend on how the Taliban will choose to govern.

“We are faced, as of two days ago, with a de facto administration announced by the Taliban. Those who hoped for, and urged for, inclusivity will be disappointed. There are no women in the names listed. There are no non-Taliban members, no figures from the past government, nor leaders of minority groups. Instead, it contains many of the same figures who were part of the Taliban leadership from 1996 to 2001,” she said.

Lyons told the Council that “what is of immediate and practical importance to those around this table is that of the 33 names presented, many are on the United Nations sanctions list, including the prime minister, the two deputy prime ministers, and the foreign minister. All of you will need to decide which steps to take regarding the sanctions list, and the impact on future engagement.”

The Taliban announced a hardline interim government led by Mullah Mohammad Hasan Akhund, chief of the Taliban's powerful decision-making body 'Rehbari Shura'. He will be the Acting Prime Minister while Mullah Abdul Ghani Baradar will be his deputy in the "new Islamic government”, Taliban spokesman Zabihullah Mujahid said at a news conference in Kabul.

The announcement of key figures in the caretaker government comes weeks after the Taliban seized control of war-torn Afghanistan, ousting the previous elected leadership which was backed by the West.

UN-designated terrorist Sirajuddin Haqqani is also part of the interim Taliban government. Haqqani, a specially designated global terrorist and son of the famous anti-Soviet warlord Jalaluddin Haqqani who founded Haqqani Network, is the new acting interior minister in the 33-member Cabinet that has no woman member. Haqqani has been one of two deputy leaders of the Taliban since 2016 and has a USD 10 million US bounty on his head.

Khalil Haqqani, Sirajuddin’s uncle, was appointed as acting minister for refugees. Two other members of the Haqqani clan were also named to positions in the interim government, indicating the hand of Pakistan in the Taliban-run government.

Tirumurti stressed India’s call for an inclusive dispensation in Afghanistan which represents all sections of Afghan society.

“A broad-based, inclusive and representative formation attained through an inclusive negotiated political settlement would gain greater international acceptability and legitimacy,” he said.

He further said that India calls upon all members of the Council that when it decides on the future of the UNAMA (UN Assistance Mission in Afghanistan) mandate, “we keep our focus centred on Afghan people and their expectations from the international community to stand by them in this hour of crisis.”
Tirumurti said the world has witnessed dramatic changes in the situation in Afghanistan over the course of the last month. The Security Council met thrice in August under India’s Presidency and has collectively pronounced the prevailing situation. In particular, UN Security Council Resolution (UNSCR) 2593 on Afghanistan clearly sets out the Council’s expectations on a range of critical and immediate issues, he said.