The counterinsurgent turned politician Usman Majid has expressed his apprehensions in a letter written to J&K LG Manoj Sinha. 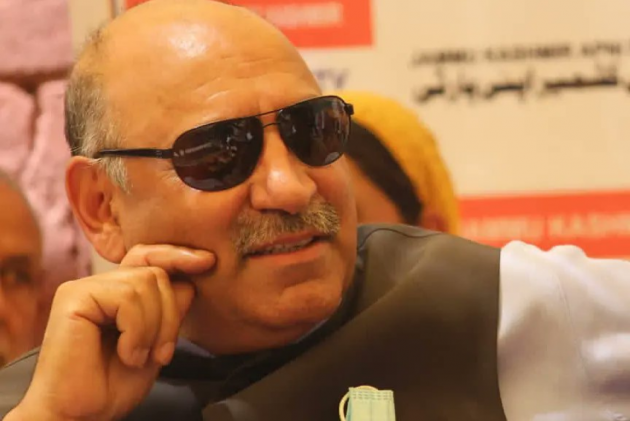 Following Taliban’s takeover in Afghanistan, a former counterinsurgent turned politician in Jammu and Kashmir Usman Majid has expressed apprehensions about the use of improvised explosive devices (IEDs) and land mines by militants.

Majid who has been former minister in J&K and is now vice president of Apni Party led by Altaf Bukhari has written to UT’s LG Manoj Sinha about his fears. He has sought measures to deal with it.

Majid has miraculously escaped several attempts on his life, including a car bomb attack in 2005, raised the concerns in a letter to LG Sinha.

"What worries me now are the 'whispers' (that can't be ignored), it seems they (terrorists), post-Taliban, are planning to make use of IEDs and mines once again,” Majid has written.

"I am confident that the government, and agencies concerned, must be well aware of this impending danger, and they must have already drawn a plan to counter it. I hope my assessment is based on false 'whispers', but then we must never forget: forewarned is forearmed," Majid said in the letter to Sinha.

Majid, a former Congress legislator who joined the Apni Party led by former minister Altaf Bukhari in the aftermath of the abrogation of Jammu and Kashmir's special status and its bifurcation into two union territories, said his apprehension was based on a "whisper campaign" among anti-national elements (ANEs).

"Since it is a matter of life and death for me, I just cannot take it lightly… I am on top of the hit list of these ruthless, barbarian ANEs, not hidden from anybody," he said.

Referring to the series of attacks on his life during the past 26 years after he, along with his colleagues, gave up arms to form the pro-India Awami League in 1995, Majid said his house at Garoora village of north Kashmir's Bandipora was repeatedly targeted and even his relatives were not spared.

Majid's brother, Haji Ghulam Nabi, was shot dead by terrorists in December 2002, while he himself escaped a deadly bomb blast near the TRC Srinagar enroute to the secretariat on November 16, 2005.

"They nearly succeeded, my vehicle was heavily damaged and I was nearly half-burnt. I was airlifted to Delhi, and after prolonged treatment, I could stand on my feet again. That I have adequate security is a fact, and I am sincerely thankful to the JKP (Jammu and Kashmir Police) for providing me with this type of security," he said.(With PTI inputs)