The announcement for the Assembly elections is expected early next year 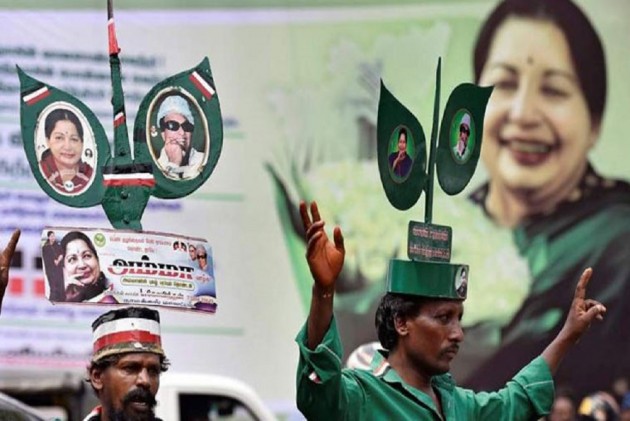 The ruling AIADMK in Tamil Nadu on Monday requested the Election Commission to conduct the assembly polls in the third or fourth week of April 2021, as the poll body held consultative meetings here with political parties.

The principal opposition DMK and other parties pitched for single-phase polling. The EC team, led by Umesh Sinha, secretary-general of the ECI, are on a two-day visit to the metro to review the state's preparedness to hold the polls next year, as the five-year term of the assembly is set to come to an end on May 24.

The announcement for the assembly elections is expected early next year. Pollachi V Jayaraman, Assembly Deputy Speaker and AIADMK election wing secretary, said the party requested EC to advance the poll to the third or fourth week of April to prevent voters from getting exposed to the intense summer heat.

AIADMK Hits Out At BJP, Says Will Not Allow Divisive Politics In Tamil Nadu

The party also wanted the Commission to update the electoral rolls by deleting the absentees, he told reporters. The DMK, represented by its party MP and organising secretary R S Bharathi, requested the commission to conduct the polls in a single phase. "We made this clear to the Election Commission officials. In the recent past, assembly elections were always conducted in a single phase. To avoid any malpractices and misuse of official machinery, we requested the ECI to conduct the elections in a single phase," he told reporters here.

The DMK also sought a ''timely response'' to its representation on the time-bound election procedure for the coming assembly election. The party wanted the EC to identify absentee voters and ensure a mechanism is put in place to eliminate malpractice in postal ballots.

The CPI(M) requested the EC to hold single-phase polling and take all necessary precautions to safeguard voters and officials in view of the Covid-19 pandemic situation. "The issue of money power in elections has been quite rampant in our state and our repeated complaints in this regard during earlier elections were not seriously pursued. Cash-for-votes has been made the benchmark for canvassing votes by major parties. The Commission should appoint more observers to arrest this trend during the process of elections," the party said in a petition to the ECI.