With promising a total of 23 seats to PMK, AIADMK has announced that the two parties shall work as allies for the upcoming elections 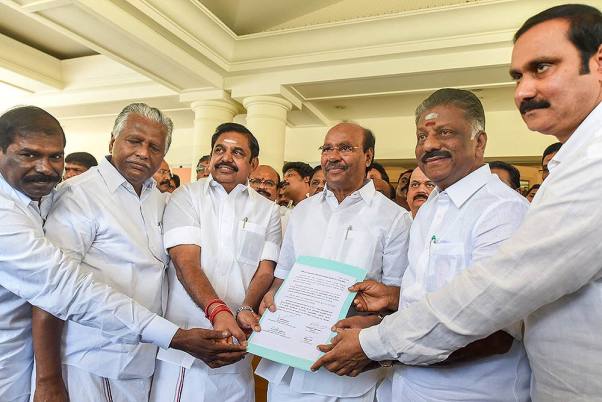 The ruling party in Tamil Nadu, AIADMK settled on a seat-sharing deal with PMK for the upcoming state assembly elections, allotting the S Ramadoss-headed party a total of 23 seats.

The party has decided to work with PMK as allies for the ensuing polls, informed AIADMK Coordinator and Deputy Chief Minister O Panneerselvam.

"As per the agreement reached between AIADMK and PMK, 23 seats have been allotted to PMK," in the ruling party-led alliance, he said in the presence of Chief Minister K Palaniswami and PMK Youth Wing leader and Rajya Sabha member Anbumani Ramadoss.

The Election Commission on Friday announced the schedule of assembly polls for Tamil Nadu, Puducherry, Assam, West Bengal, and Kerala Friday. Single-phase elections to the 234 member assembly in Tamil Nadu will be held on April 6.