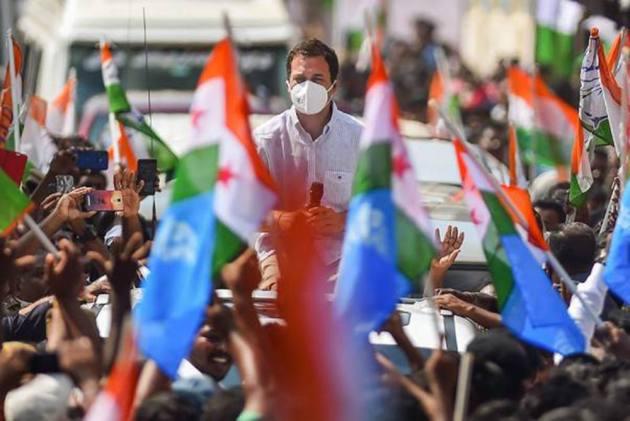 The Congress will contest from 25 Assembly seats in Tamil Nadu as part of the DMK-led alliance. It will also contest the Kanyakumari Lok Sabha seat, which was held by its MP Vasantha Kumar, who died of Covid-19, last year.

Tamil Nadu Congress Committee (TNCC) president K. S. Alagiri reluctantly signed the agreement with the DMK, which had firmly refused Congress’s demand for at least 30 seats. “Yes, it is less than what we expected but the need of the hour is to prevent the BJP from gaining any foothold in Tamil Nadu or through its proxy the AIADMK. So, we agreed to this number,” explained Alagiri. Two days ago, Alagiri had shed tears before his office bearers that the DMK had insulted the Congress team by observing that even the 20 seats on offer was due to the Dravidian’s major’s munificence even though the Congress’ vote share had been diminishing in every election.

Using the consternation in the Congress camp, Kamal Hassan had invited the Congress to strike an alliance with his front but this was rejected by former Union Minister P. Chidambaram, who had declared that third fronts rarely inspired confidence among voters or performed well. “We need to be in the DMK alliance,” he had said probably with an eye on the 2024 Lok Sabha elections.

As Sasikala Quits Politics, Here's How The BJP Got Chinnamma To Step Back

This is the lowest number of seats the Congress would be contesting as part of the DMK alliance compared to the last three Assembly elections. It had contested 48 seats in 2006, 63 in 2011 and 41 in 2016. Its poor show in 2011 and 2016 when it could win only 5 and 8 respectively allowed the DMK to dictate terms this time. So unless the DMK front puts up a strong show and pulls along its allies, the Congress could again end up with single digit MLAs.

It is a drastic come down for the national party when the BJP has managed to swing 20 seats from the AIADMK, considering it had won less than three per cent in 2016 when it had contested alone. The Congress can take consolation that the share of other alliance partners of the DMK has also been trimmed with parties like the CPI, MDMK and VCK, which had hoped for at least ten seats having to settle for six each. The CPM has refused to sign the agreement saying that six seats are too low and wants at least one more seat than the CPI.

On the AIADMK Front the seat share of only Vijayakanth’s DMDK needs to be finalized since the party wanted to be on an equal footing with the BJP but is being offered only 15 Assembly seats plus one Rajya Sabha seat. Since the actor turned politician is in no position to campaign actively due to failing health and his party’s vote share has also dropped dramatically compared to its high of nine per cent in 2006 the party is in no position to flex its muscles. If it continues to act too pricey the AIADMK may quietly dump the DMDK and hand over a few seats to strong candidates from TTV Dhinakaran’s AMMK to split his party and his reported claim over the Thevar vote bank.