State Finance Minister P.T. Palanivel Thiaga Rajan, during his budget speech in the assembly, said that he had been instructed by Chief Minister M.K Stalin to provide some relief to the working class and middle class. 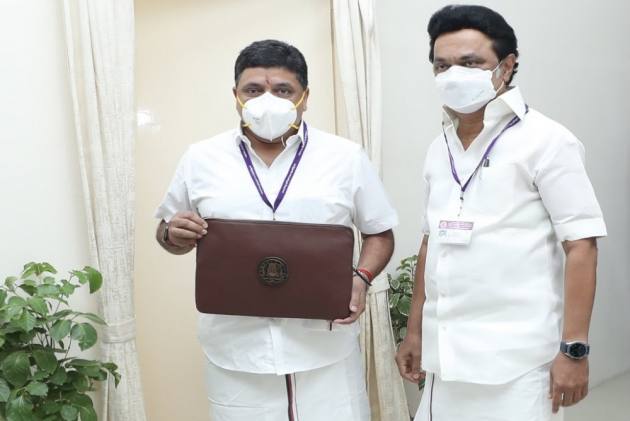 The M.K. Stalin government in Tamil Nadu Friday announced a reduction of Rs.3 in state tax for one litre of petrol, partly meeting its election promise.

State Finance Minister  P.T. Palanivel Thiaga Rajan, during his budget speech in the assembly, said that he had been instructed by the Chief Minister to provide some relief to the working class and middle class, many of whom owned two wheelers and also those who plied and used auto rickshaws.

Effectively this would bring petrol prices below the Rs.100 benchmark as presently one litre sells for Rs.102.51 in the state. This measure would cost the state Rs. 1,160 per year, the Minister announced. The DMK had in its election manifesto promised to reduce petrol prices by Rs.5 and diesel by Rs. 4 per litre. The budget, however, is silent on diesel and the Rs.100 subsidy for every LPG cylinder.

Fuel Prices Are Going Through The Roof And There Is No Respite In Sight. Why Is It Happening?

Considering the huge revenue deficit – presently estimated to be Rs. 58,692 crores in today's interim budget – the state government is in no position to fulfill all of its election promises, something the Minister admitted during his three-hour speech. He also said that other election promises like writing off of jewel loans and farm loans taken from state co-operative loans would be considered after weeding out various discrepancies in the disbursement of these loans. There was no word on another promise – writing off educational loans taken by students.

The Minister also assured that Rs.1,000 allowance for housewives would also be implemented in due course and said that there was no need to change the name of the lady of the house as family head in ration cards to become eligible for this. Since the opposition had termed the white paper on state finances released by the Minister as an excuse not to implement election promises, the Stalin government has used the budget to offer a sop that would have a direct impact on consumers immediately in the form of lower petrol price.

Apparently the much anticipated hike in property tax, water charges, power tariff and bus fares have not been announced in the interim budget in view of the local body elections due in a few months. Friday’s budget was also the first paperless budget in the state’s history as all the MLAs could read the budget on monitors and later download them onto their tablets.