BS Yediyurappa’s sudden interest in raking up the Mekedatu Dam is viewed more as a diversionary tactic when his leadership is being challenged in the state BJP. 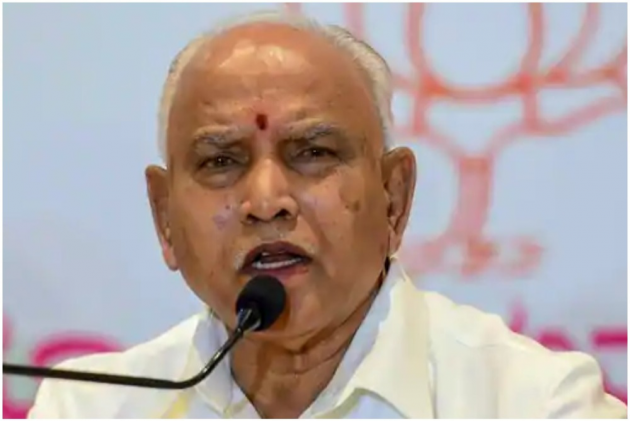 With Tamil Nadu exploring legal options to stop Karnataka’s proposed move to build a dam at Mekedatu on the Cauvery River, the two states are set for another prolonged war on the waterfront. The DMK government is planning to move the Supreme Court in view of the Karnataka Chief Minister’s latest assertion that the Mekedatu Dam would be constructed at any cost.

There is already a TN petition before the Supreme Court challenging the project and the latest petition might cite Karnataka’s likelihood of sidestepping the SC’s Cauvery award in the absence of any clear directions by the Centre or the apex court with regard to the Mekedatu project.

On Tuesday TN Irrigation Minister Durai Murugan had stressed to Union Jal Shakti Minister Gajendra Singh Shekhawat that no clearance should be given for the proposed Mekedatu project without the concurrence of co-basin states. The Centre was also requested to advise Karnataka not to proceed with any activity regarding the proposed Mekedatu project. Karnataka has been insisting that since it had already filed the project implementation report with the Union Government it was entitled to start work on the project which is 100 km from Bangalore.

On Tuesday night an unfazed Karnataka Chief Minister B.S. Yediyurappa asserted that his government will start implementing the project at any cost legally. The Karnataka CM had taken the extraordinary step of writing to TN Chief Minister M.K. Stalin July 3 asking him to co-operate with Karanataka in building the dam at Mekedatu assuring that it will not affect the interest of the farming community of Tamil Nadu.

But Stalin had outright rejected Yeddiyurappa’s offer stating that the project will jeopardise the availability of water to Tamil Nadu as it would affect the free flow of water to the lower riparian state. He further pointed out that “Karnataka already has adequate infrastructure for drawing drinking water to meet the demand of the other Bengaluru Metropolitan area even now, the justification of the need for a reservoir with a storage capacity of 67.16 tmcft to utilise 4.75 TMC as drinking water is not at all acceptable.”

Tamil Nadu has opposed any project being proposed in the upper riparian state unless it was approved by the Supreme Court. Also, the project is against the final order of the Cauvery Water Disputes Tribunal (CWDT) in which the SC had held that no state can claim exclusive ownership or assert rights to deprive other states of the waters of inter-state rivers. Tamil Nadu also apprehends that the reservoir is not just for drinking water alone, but also to increase the extent of irrigation, which would be a violation of the Cauvery Water Disputes Award.

Since Karnataka had recently constructed a dam on the Markandeya River in the Pennaiyar Basin exploiting the Centre’s delay in constituting a tribunal, Tamil Nadu fears that it might similarly start work at Mekedatu as well. Hence the TN Minister urged the Centre to constitute a tribunal over the Markandeya river dam and advise Karnataka to stop all the ongoing work in the Pennaiyar basin.

Yediyurappa’s sudden interest in raking up the Mekedatu Dam is viewed more as a diversionary tactic when his leadership is being challenged in the state BJP. Karnataka politicians have in the past too raked up the Cauvery issue whenever they needed to score a political brownie point in their state.  Yediyurappa probably feels that he is safe as long as he keeps the Mekedatu issue on the boil. Former chief minister Siddharamaiah described Yediyurappa’s letter to Stalin as 'needless' since the state didn't have to seek the neighbouring state's permission for 'constructing a balancing reservoir within our (Karnataka's) territory'

“If the dam is constructed, even the present 177.25 TMC awarded to Tamil Nadu by the Supreme Court in its final award would become a question mark. So unless the Centre and the Supreme Court intervene decisively Tamil Nadu’s agrarian future looks really bleak,” cautioned Sundara Swaminathan, secretary of the Cauvery Farmers Protection Committee.