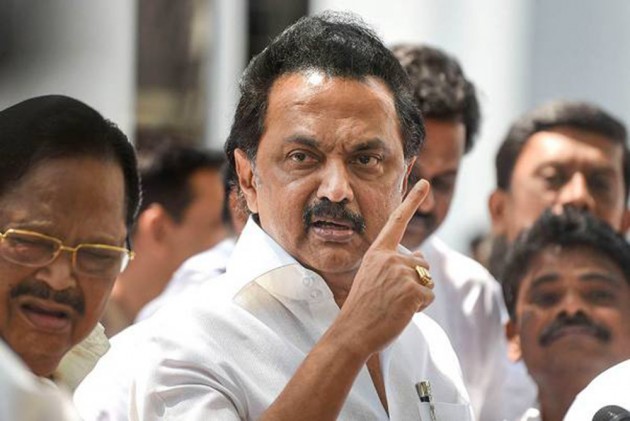 Rubbishing the charges, Palaniswami said the allegations levelled against him were nothing new, adding that they were false and defamatory in nature.

Unable to tolerate the huge, positive response (received from the people) to the Rs 2,500 cash support scheme (launched to aid Pongal celebrations next month), the DMK chief has now pleaded with Purohit, Palaniswami told reporters at Tuticorin.

The cash support and a festival hamper, comprising ingredients to make Pongal, was announced as the public were affected by the coronavirus pandemic in addition to the recent, two back to back cyclones, he said.

Also, the Rangarajan Committee, tasked to make recommendations for economic recovery in the wake of the pandemic, recommended it, the Chief Minister said.

Alleging that the AIADMK regime was indulging in corruption, Stalin, after calling on Purohit at Raj Bhavan, said the Vigilance and Anti-Corruption department did not act on their complaints made earlier.

Such complaints included those against Palaniswami, Deputy Chief Minister O Panneerselvam, Ministers S P Velumani, P Thangamani, D Jayakumar, R B Udhayakumar and C Vijayabaskar and since there was no action, the “evidences” have been compiled and submitted to the Governor, the DMK chief told reporters.

The DMK's 97-page complaint levels specific allegations against all eight ministers it has listed.

In his capacity as Governor, Purohit could order prosecution against the Chief Minister and others under the Prevention of Corruption (Amendment) Act, 2018, Stalin said adding, that the "Governor should direct the Vigilance and Anti-Corruption department to take action.”

Stalin said Purohit told him that he would take action after perusing the allegations.

To a question, the DMK top leader said besides filing complaints, cases had been filed in courts. "The Madras High Court ordered a CBI probe against Palaniswami. It was stayed by the Supreme Court on the basis of a petition filed by the Chief Minister," Stalin said.

Stalin, who is also the leader of Opposition in the Assembly, said his party has been receiving graft allegations against several other ministers too.

His party's legal wing was scrutinising them and when they obtained evidence, it would also be submitted to Purohit which would constitute 'Part-two’ of the DMK’s complaints, he said.