Chief Minister M K Stalin announced that schools will reopen for classes 9 to 12 students from September 1 with 50 per cent capacity on a rotation basis . A decision on re-opening the school for classes 1 to 8 will be decided after September 15 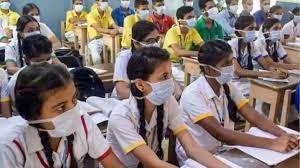 The Tamil Nadu government on Saturday declared extension of the ongoing the Coronavirus lockdown by another two weeks to September 6 . The state allowed opening of theatres from August 23 and educational institutions from September 1.

Chief Minister M K Stalin chaired a high-level meeting with senior officials today and announced extending the lockdown further by another two weeks till 6 pm on September 6 with additional relaxations.

He announced that schools will reopen for classes 9 to 12 students from September 1 with 50 per cent capacity on a rotation basis . A decision on re-opening the school for classes 1 to 8 will be decided after September 15, a release from the government said. Polytechnics and colleges have been allowed to re-open from September 1.

Detailed Standard Operating Procedures (SOPs) will be released by the secretaries of the two departments concerned and all teaching and non-teaching staff should have been vaccinated, it said.

The release further said that Anganwadis will be opened to provide mid-day meals from September 1. Crèches will be permitted and the staff should be vaccinated.

While permitting the opening of beaches, zoos, parks and boathouses for the public, the government said cinema halls could be opened from August 23 with 50 percent occupancy. Swimming pools can be opened for the purpose of training. Public transport service will be allowed to Andhra Pradesh and Karnataka following the guidelines.

All shops will be allowed to function till 10 pm – a one hour extension - from Monday. IT and ITES firms can function with cent per cent strength by following the SOPs.

The CM announced these decisions after reviewing the pandemic situation with secretaries and medical experts and appealed to the people to judiciously use the relaxations.