The 49-year-old actor arrived with his wife Shalini at a polling booth in Thiruvanmiyur, Chennai Tuesday morning to cast his vote. 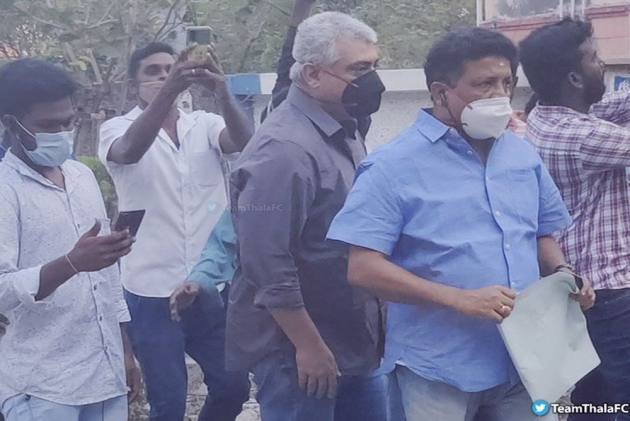 A video of Tamil superstar Ajith Kumar, in which he can be seen snatching the phone of a fan who tried to take a selfie with him without his consent, has gone viral.

Voting for Assembly elections in Tamil Nadu began at 7 am on Tuesday.

The 49-year-old actor arrived with his wife Shalini at a polling station in Thiruvanmiyur, Chennai Tuesday morning to cast his vote.

In the viral video, Ajith can be seen snatching the mobile of a fan not wearing a mask as he tries to get a selfie with the actor. As reported by the NDTV, Ajith is believed to have returned it later.

Many praised Ajith for making sure Covid-19 protocols are followed. Netizens also praised the actor for taking action when his privacy was compromised.

That is why I respect #AjithKumar he said sorry at the end even though he didn't do that intentionally and that guy deserve a sorry and also a warning, he shouldn't irritate a public personality at poling booth coming close without a mask and without asking actor's permission.

He did the right thing !! No mask no respect !!

However, the incident did not go well with a lot of people who called out the actor for his rude behaviour and also compared him with another Tamil star Vijay for the epic rivalry between the stars.

#Ajith - Snatching a fan's handphone to avoid taking selfie and chased his fans out of the voting place..#Vijay - Took his selfie from his own phone with millions of fans who waited for him in Neyveli..

Apart from Ajith and Vijay, several other actors including Rajnikanth and Kamal Haasan also cast their ballots on Tuesday.