Web series ‘Tandav’ has been in the eye of the storm lately, with many accusing the show’s makers of hurting Hindu sentiments. 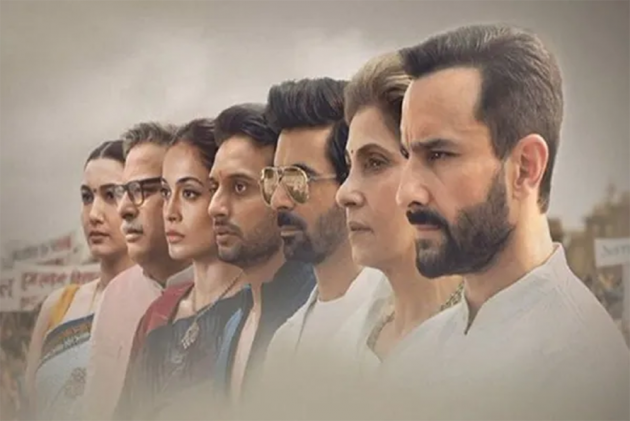 In an official statement, Amazon Prime on Tuesday apologised for certain scenes in ‘Tandav’ after the web series was embroiled in a controversy for hurting the religious sentiments of a section of the audience.

“Amazon Prime Video again deeply regrets that viewers considered certain scenes to be objectionable in the recently launched fictional series ‘Tandav’. This was never our intention, and the scenes that were objected to were removed or edited when they were brought to our attention. We respect our viewers’ diverse beliefs and apologize unconditionally to anyone who felt hurt by these scenes. Our teams follow company content evaluation processes, which we acknowledge need to be constantly updated to better serve our audiences. We will continue to develop entertaining content with partners, while complying with the law of India and respecting the diversity of culture and beliefs of our audiences,” it said.

Earlier the cast and crew of Tandav had issued a statement saying, “We have been closely monitoring viewer reactions to the web series ‘Tandav’ and today during a discussion, the Ministry of Information and Broadcasting has informed us regarding a large number of grievances and petitions received on various facets of the web series with serious concerns and apprehensions regarding its content hurting the sentiments of the people.”

Tandav Goes Under Scissors, But Trouble Continues With Fresh FIRs

It added, “The web series ‘Tandav’ is a work of fiction and any resemblance to acts and persons and events are purely coincidental. The cast and crew did not have any intention to offend the sentiments of any individual, caste, community, race, religion or religious beliefs or insult or outrage any institution, political party or person, living or dead.”

“The cast and crew of ‘Tandav’ take cognizance of the concerns expressed by the people and unconditionally apologize if it has unintentionally hurt anybody’s sentiments,” the statement read.

Many pointed out the series to be anti-Dalit and anti-Hindu. According to reports earlier this year, Bharatiya Janata Party MP Manoj Kotak wrote to Information and broadcasting minister Prakash Javadekar seeking a ban on the series for allegedly ridiculing Hindu deities. He said, “Different organisations and individuals have complained that Hindu gods and goddesses have been ridiculed in Tandav web series. Comments have been passed about them.”

MLA Ram Kadam in Maharashtra also tweeted demanding the removal of the part allegedly mocking Lord Shiva and an apology from actor Mohammed Zeeshan Ayyub. “Tandav will be boycotted until necessary changes are made. #BanTandavNow,” he had tweeted. “Just as there is a system of censors for reviewing films and serials, a similar arrangement should be made to review series on the OTT platform.”