Volunteers from a multitude of non-profit organisations have been supplying coffee, tea, milk, jaggery, dates, and peanuts to the farmers in their trolleys and sheds. 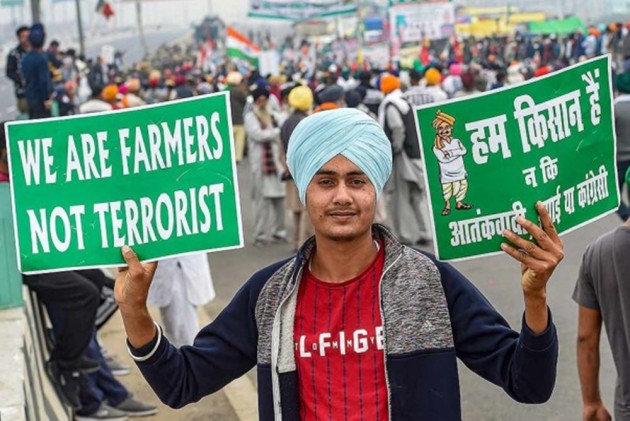 Taking a sip of tea sitting beside a bonfire at the Singhu border, 52-year-old Makkhan Singh Deol tapped on a carton full of roasted gram and said, "The farmers have enough ammunition for the winters."

Numerous bonfires dot the GT-Karnal road, the "new home" of the protesting farmers who have been staying put at the Singhu border point of the national capital demanding withdrawal of the new farm reform laws.

A trolley containing jaggery, roasted gram and peanuts arrived on Friday morning from Gurdaspur, Punjab. Another containing dates and gajjak reached the Singhu border on Thursday evening to help the protesting farmers fight the biting cold.

Don't Allow 'Anti-Social' Elements To Use Your Platform: Tomar To Protesting Farmers

"These are to keep us warm. Come and eat. You won't catch a cold," Deol tells this reporter. He just finished his tea and was now onto 'gajar halwa'.

According to Jagjeet Sandhu from Jalandhar-headquartered Shaheed Bhagat Singh Youth Federation, the farmers get tea, kheer and tomato soup twice a day to keep the cold at bay.

Volunteers from a multitude of non-profit organisations have been supplying coffee, tea, milk, jaggery, dates, and peanuts to the farmers in their trolleys and sheds.

"A lot of the farmers are aged above 50. They have come here leaving the quilts at home to fight for the community... We are trying to ensure they eat good and remain healthy and active," Sandhu said.

"We have blankets and tarpaulin to protect us," he said.

Holding a handful of jaggery and peanuts, an upbeat Akal Bir Singh, 67, said, "We are having a great time, don't worry!"

Dr Mridul Sarkar, at a free medical camp of Kolkata-headquartered non-profit Medical Service Centre, said a large number of farmers have got a cold or cough.

"Winters are normally harmful for the elderly. Sanitation issues, pollution, inclement weather have been causing harm to them," he said.