At least 10 police personnel and several lawyers were injured, while 17 vehicles were vandalised during clashes, according to officials and eyewitnesses. 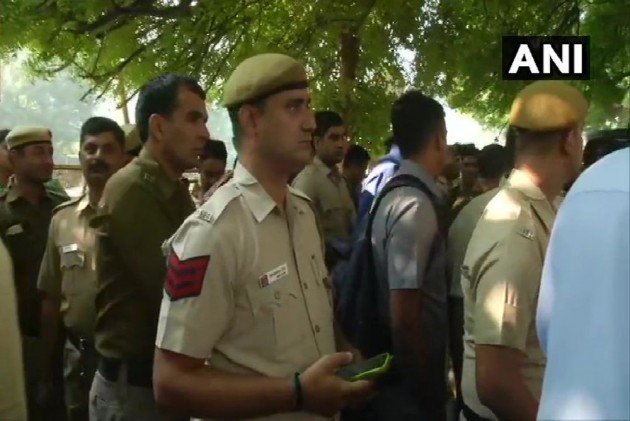 Police personnel on Tuesday held protests at ITO against rising incidents of violence on them, days after clashes between cops and lawyers at the Tis Hazari Court caused injuries to at least 10 policemen and several legal practitioners. Seventeen vehicles were also vandalised during clashes, according to officials and eyewitnesses.

Lawyers alleged that four of their colleagues were injured, including one in police firing, but the police denied that it had opened fire.

Deputy Commissioner of Police (New Delhi) Eish Singhal on Tuesday assured the protesting policemen that their concerns will be addressed.

"Your concerns and anger have been conveyed to senior officials, and I want to assure you that your protest here will not go unsuccessful," Singhal said.

An on-duty policeman was thrashed by advocates outside the Saket Court on Monday.

On Monday, another video showing a lawyer slapping and chasing away a cop surfaced online. The footage shows the lawyer first elbows the policeman, at least twice, in the back, before throwing a helmet at him.

The Delhi High Court on Sunday ordered a judicial inquiry into the violence by a team comprising a retired judge, Directors of the Central Bureau of Investigation (CBI), the Intelligence Bureau and Vigilance.