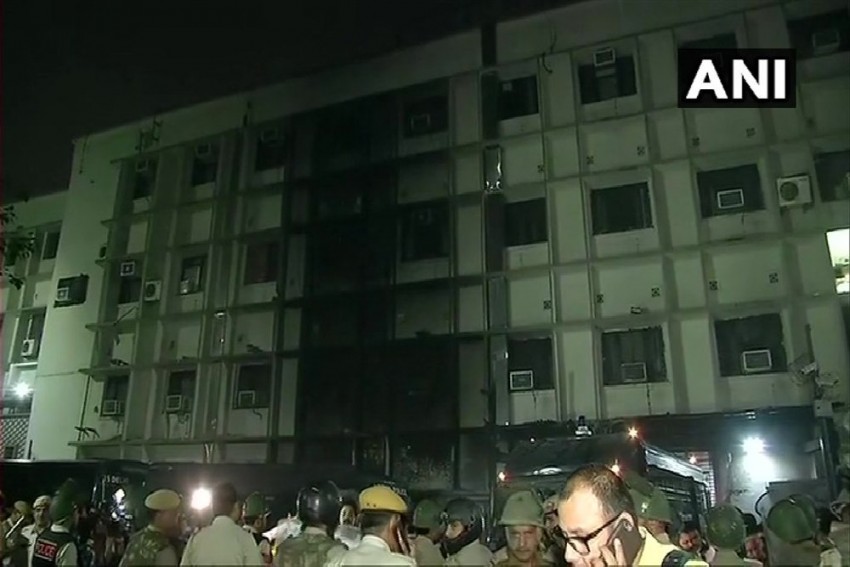 A scuffle broke out between lawyers and Delhi police at Tis Hazari Court on Saturday. Visual from the court premises.
ANI/Twitter
PTI 2019-11-03T14:39:44+05:30 Tis Hazari Violence: BCD To Give Compensation Upto 2 Lakh For Lawyers Injured In Clash 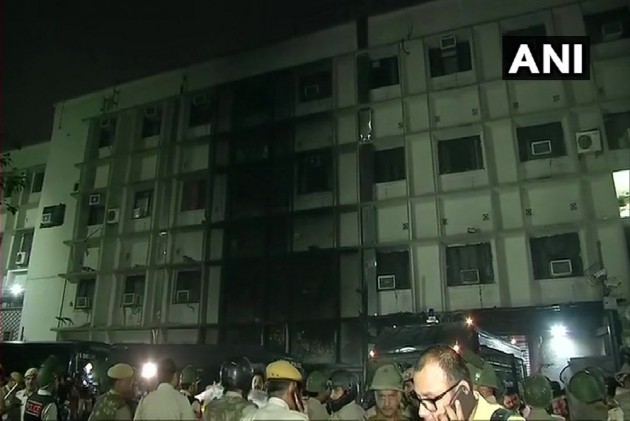 A day after a clash broke out between lawyers and police at Tis Hazari court here, the Bar Council of Delhi (BCD) on Sunday announced a compensation of Rs 2 lakh each for two lawyers who are currently in ICU and Rs 50,000 for the injured advocates.

K C Mittal, the chairman of Bar Council of Delhi, said a judicial inquiry should be ordered immediately in the incident.

"We along with judges visited the lawyers in hospital. The BCD has decided to grant Rs 2 lakh each to two lawyers in ICU, in addition to their medical expenses and Rs 50,000 each to the lawyers, who got injured in the lathicharge. We are shocked that till now no FIR has been registered. It is high time, not only to register FIR but all of them to be arrested, suspended, transferred and dismissed. A judicial inquiry should be ordered immediately," a release from the Bar Council of Delhi said.

"Any enquiry by special commissioner of police and/or any investigation by crime branch of Delhi Police or any other police official will not be acceptable at any cost. The Bar Council of Delhi stands with all the lawyers and unitedly we will fight against all atrocities and brutalities," it said.

Lawyers and police had clashed at Tis Hazari Court complex here on Saturday afternoon during which at least 10 police personnel and several lawyers were injured while 17 vehicles vandalised, according to officials and eyewitnesses.

Lawyers alleged that four of their colleagues were injured, including one in police firing, but the police denied that it had opened fire.

Condemning the incident, bar associations called a one-day strike across all district courts in the national capital on November 4.