The direction was issued in the wake of a Met department forecast that thunderstorm accompanied by lightning is very likely to occur at isolated places in the state. 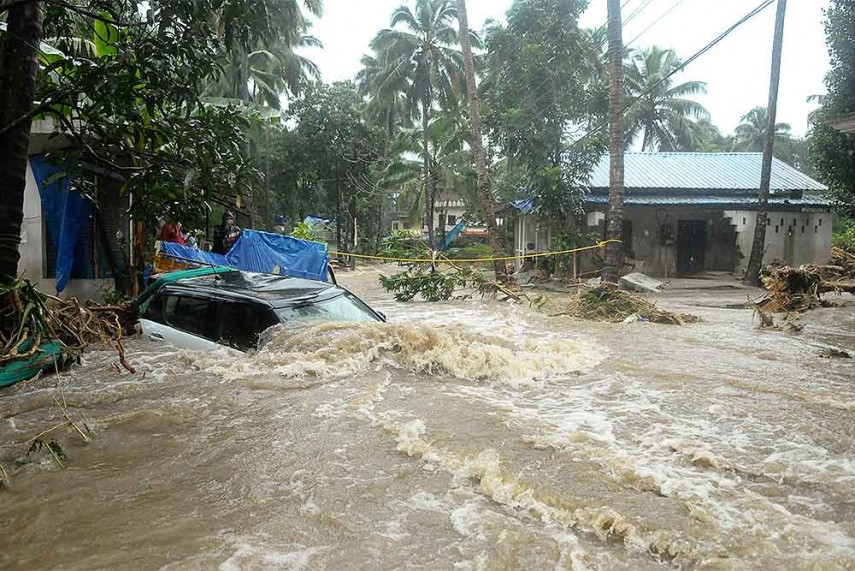 Telangana Chief Minister K Chandrashekhar Rao on Wednesday instructed the official machinery to remain on high alert and ensure that tanks and lakes in the city are not breached due to heavy rains and flash floods.

The direction was issued in the wake of a Met department forecast that thunderstorm accompanied by lightning is very likely to occur at isolated places in the state.

Rao wanted 15 special teams to be constituted to examine the tanks in the city from time to time and take necessary steps, an official release said on Wednesday.

"As the tanks in the city have water to their capacity and there is still flood water inflow in them, there is every likelihood of these water bodies getting breached causing more damage.

Hence, at least 15 special teams comprising officials and staff of Water Resources department should be formed," he said.

The teams should examine each and every tank and lake in the city and identify breaches if any and take precautionary
measures.

He also instructed the authorities concerned to alert people living in low lying areas and shift them to safer places.

The city received heavy rainfall, unprecedented in the last hundred years, resulting in inundation of low-lying areas, brimming of dams and lakes, he said.