K Chandrashekar Rao has reported mild symptoms of the disease and is under isolation at his farmhouse, a government press note stated 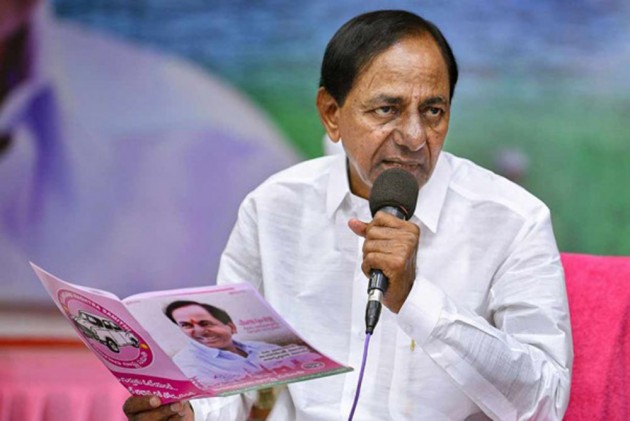 He has reported mild symptoms of the disease and is under isolation at his farmhouse, a government press note stated adding that a team of doctors is monitoring his health.

On April 14, Rao had addressed a massive election rally at Halia in Nalgonda District, about 140 km from Hyderabad, while campaigning for the Nagarjuna Sagar bypolls.

From Yogi To Pinarayi; Here's A List Of Indian Politicians Who Recently Tested Positive

Meanwhile, earlier today, former Prime Minister Manmohan Singh also tested positive for the virus and he was admitted to AIIMS, New Delhi as a precautionary measure.