Not many are questioning this move openly, for fear of attracting KCR's wrath, but many bureaucrats say the move is draconian. 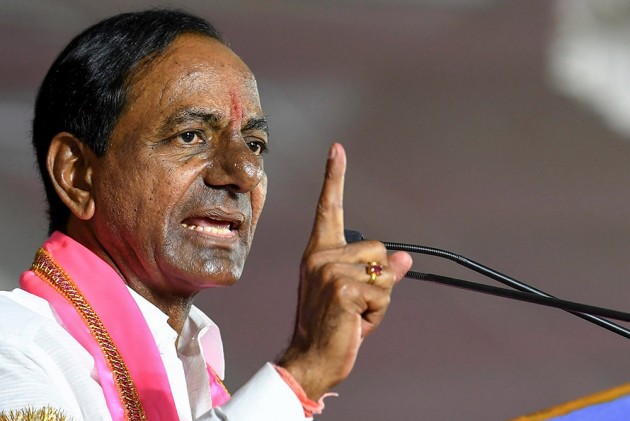 Chief Minister K Chandrasekhara Rao’s decision to cut March salaries of his cabinet colleagues, all MLAs, government employees and even the outsourced workforce has not gone down well with those affected. Donations are voluntary and no law permits for such forcible deductions whatever the crisis may be, say his detractors. After all, many big companies and employee unions have already made substantial donations to the Chief Minister's relief fund.

Not many are questioning this move openly, for fear of attracting KCR's wrath, but many bureaucrats say the move is draconian. A very senior bureaucrat says he has never heard of such a decision by any chief ministers in independent India, even though the nation has been through many difficult times. “That all babus are honest is a myth. But those few us who are, a 60% salary cut will be disaster at a time like this," he says. “This is illegal," says another senior bureaucrat who didn't want to be named. "The government cannot force any serving or retired officer to forego part of their salary. I understand there is crisis and the poor have to be helped but the government has many other resources to do this," he says.

Predictably, the Opposition has lost no time in attacking KCR for this move. Congress leader Marri Shashidhar Reddy points out that just hours before the Centre declaring a national lockdown, the Telengana government had issue an order saying: “all the government as well as private establishments shall make payments of wages/salaries fully to the workers/employees, including those working under contract and outsourcing basis during the lockdown period. Any violation will be viewed seriously and will invite penal action under The Epidemics Disease Act 1897". "So shouldn't the state's move against its own officer and workers also invite penal action?" asks Reddy. KCR is not known to take back any of his decisions so easily. Many fear whatever the bureaucrats and the Opposition may complain, the salary cut will stay.