The arrested man, an employee of the Northern Power Distribution Company of Telangana Ltd, has pleaded innocence and claimed that he was a victim of a conspiracy and fraud. 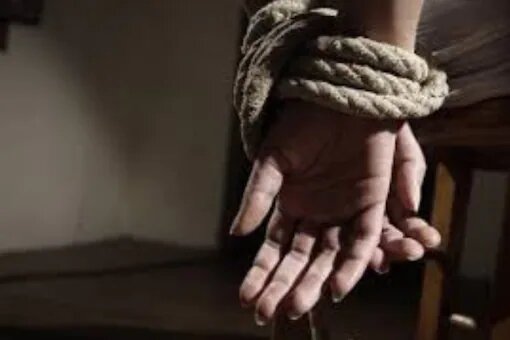 A Telangana man has landed in jail on charges of abduction after he and his wife were allegedly conned by human traffickers into adopting a 10-year-old boy who was earlier snatched off Mumbai’s streets. A woman identified as Farzana Shaikh, suspected to be part of the adoption racket, was also arrested subsequently.

The arrested man, an employee of the Northern Power Distribution Company of Telangana Ltd, has pleaded innocence and claimed that he was a victim of a conspiracy and fraud. However, his bail application was rejected by a lower court since his arrest on September 3. His subsequent bail plea is pending listing in the Bombay High Court, his lawyer said. He is currently lodged in Arthur Road Jail.

Case documents submitted to the court, a copy of which was seen by Outlook, show the couple allegedly paid Rs 3.15 lakh to a man identified as Rajaram Gundeti for adopting the child. Gundeti is said to have bought the boy for Rs 1.5 lakh from Farzana.

India has strict adoption laws to prevent parents from being coerced or tricked to give up their children for adoptions. This has also fuelled adoption rackets which prey on childless couples’ desire to adopt children by whatever means, activists say.

The couple, who has not been named to protect their identity, were married for 30 years and are residents of Jagitial district in Telangana. Case documents show that the couple first tried to adopt a child from the Bala Raksha Bhavan, a one-stop centre run state government for orphaned children. But their effort did not work out.

The husband told police that a man identified as Nakka Raju, who is from his village, introduced him to one Paramdham Rajaram Gundeti. Gundeti was introduced as an employee of an adoption agency in Mumbai. Both Raju and Gundeti are co-accused in the case.

Gundeti convinced the arrested man that he had helped many childless couples legally adopt children. He told the husband that a woman named Soni Solanki was surrendering her baby for adoption as the father of the child had deserted her and she was in no position to raise her child.

He invited the husband to visit Mumbai where he was given sheaves of “legal adoption documents” to sign, said Douglas Lopez, the lawyer of the couple. One woman was produced as the child’s mother who even signed an agreement of adoption. “When my client asked for the birth certificate and vaccination records of the child, he was told that the papers were destroyed by termites. But he was told that as part of the adoption process, the applicant would be issued a new birth certificate by the court of law showing the husband as the father of the baby and his wife as the mother,” Lopez said.

Lopez added that Gundeti and others present there told the husband that they would prepare a proper petition and present it in court within ten days. The husband was made to believe that everything was being done through official channels and after completing all formalities he happily took the child back to Telangana. He informed everyone in his village and while the preparations were on for homecoming rituals and celebrations, a police team arrived to arrest him.

Investigations by Bandra police revealed that the child was kidnapped from Mumbai on the intervening night of August 30 and September 1. A homeless woman Mumtaz Nazir Khan, who slept on the streets complained that one of her two sons Md Kaif was kidnapped from a footpath under a bridge near the Mahim Causeway in Mumbai while they were asleep.

The police arrested Farzana Shaikh after receiving a tip-off that she had stolen a child. Subsequent investigation led police to the Telangana couple.