The consolidated guidelines were issued over two years after the Centre announced 10 per cent EWS reservation for initial postings and admissions into educational institutions. 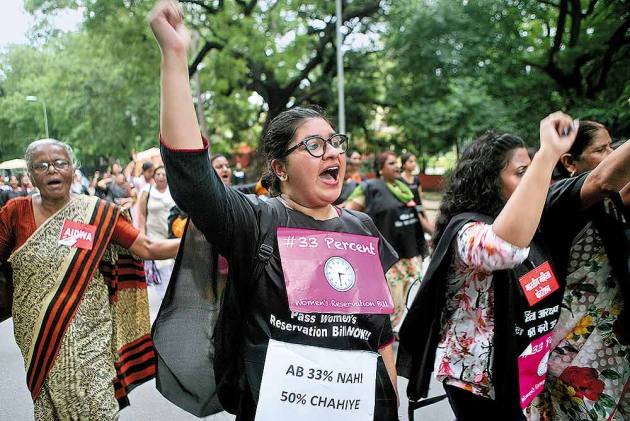 In a win for intersectional feminism in the state of Telangana, the government has earmarked 33.3 per of state government posts and services under the Economically Weaker Sections (EWS) quota for women.

In an order issued on Tuesday regarding the implementation of 10 percent EWS reservations across Telangana, the government asked every higher educational institution in Telangana to increase the number of seats in each branch of study or faculty to admit EWS candidates for all admissions notifications issued hereafter.

“33 1/3% of the initial appointments in posts and services under the state government earmarked for EWS category shall be allocated to women among them,” the GO issued by Chief Secretary Somesh Kumar said.

Bait, Switch, Repeat: After Women’s Quota In 2019, Naveen Dangles A Carrot For OBCs

The consolidated guidelines were issued over two years after the Centre announced 10 per cent EWS reservation for initial postings and admissions into educational institutions.

Persons who are not covered under the scheme of reservation for SCs, STs and BCs and whose family's gross annual income is below Rs Eight lakh are to be identified as EWS for benefit of reservation, the guidelines said.

Income shall also include earnings from all sources such as salary, agriculture, business among others for the financial year prior to that of application.