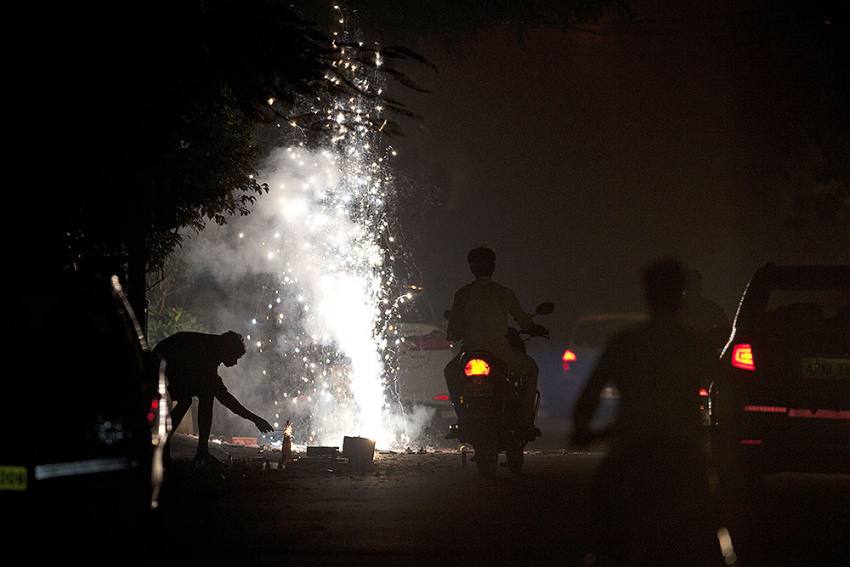 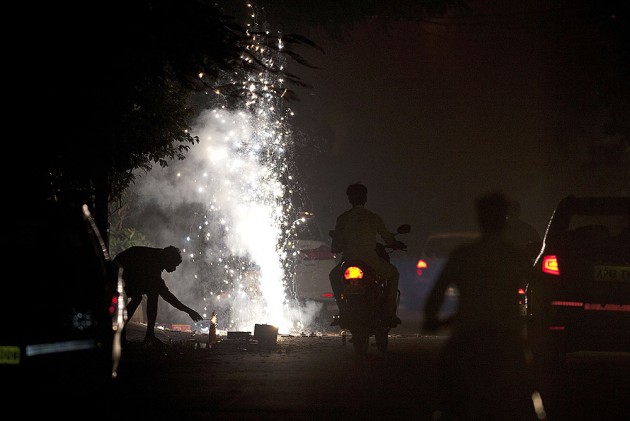 The Telangana government has permitted the sale and use of green crackers following Supreme Court orders modifyinga High Court directive to the state to ban use of fireworks citing COVID-19 pandemic. The specified time period for bursting of crackers is between 8 PM and 10 PM on Deepavali day (Saturday).

A fresh Government Order (GO) was issued on November 13, supersedinga previous directive on November12, which imposed an immediate ban on sale and use of firecrackers following HC directions.

The GO said the High Court has further issued directions to appeal to people, both through print and the electronic media, to refrain from bursting firecrackers, so as to prevent any further deterioration in air quality.

"The government after careful consideration of the matter and keeping in view the directions of the Hon'ble High Court, hereby impose ban on sale and use of firecrackers by the people and organizations, with immediate effect," the GO said.

The state DGP, DG of fire services, and all-district collectors, commissioners of police, superintendents of police in the state should take immediate action to close the shops which are selling fireworks throughout the state, it said.

The high court has directed the imposition of the ban on firecrackers as the state government could not effectively argue the matter in the court, he claimed in a statement on Friday.

"It has become fashionable to make the festivals of Hindus controversial every time," Kumar said.

Where do the owners of firecrackers shops go when they are asked to shut the shops which are permitted by the government, he asked.

He demanded that the government come to the rescue of small businessmen engaged in the sale of firecrackers.

The Supreme Court later on Friday modified a Telangana High Court order imposing a complete and immediate ban on the sale of firecrackers in the state during Diwali, saying the directions of National Green Tribunal (NGT) on bursting of firecrackers keeping in mind the pollution level be followed.

The NGT, on November 9, imposed a total ban on the sale or use of all kinds of firecrackers in the National Capital Region (NCR) till November 30 midnight.

It had said the direction of the complete ban will apply to all cities and towns in the country where the average of ambient air quality during November 2019 was in 'poor' and above categories.

It, however, had said that in cities or towns where air quality is 'moderate' or below, only green crackers be sold.

The timings for use and bursting of crackers be restricted to two hours during festivals like Diwali, Chhath, New Year/Christmas Eve, as may be specified by the state concerned," NGT had said.

The Telangana High Court order on firecrackers ban was challenged by the Telangana Fire Workers Dealers Association (TFWDA) in the top court.

The vacation bench of Justices A M Khanwilkar and Sanjiv Khanna issued a notice on the plea of TFWDA and said that it cannot stay the High Court's order without hearing the other side.

The plea said the high court order was violative of the right to livelihood of persons involved in the sale and manufacturing of firecrackers.

Senior advocate Salman Khurshid appeared for the petitioner organization on whose plea the top court issued notice to the state government for November 16.

The bench, meanwhile, asked the Telangana government to comply with directions of the NGT issued on November 9.

"In the meantime, the impugned judgment and order of the High Court stands modified and is brought in line with the directions issued by the National Green Tribunal vide comprehensive order dated November 9, which applies even to Telangana on all fours.

"For, no reason muchless special reason is noted in the impugned order for departing therefrom. All concerned in the State of Telangana must comply with the stated directions of the Tribunal in its letter and spirit " it ordered.

The top court, in its order, reproduced the directions of the NGT and asked the state to follow them.

The NGT, while banning the sale and bursting of firecrackers, had given some reliefs to places where air quality is `moderate' or below and had said that green crackers may be used for two hours during festivals, like Diwali, Chatt.

"At other places, ban/restrictions are optional for the authorities but if there are more stringent measures under orders of the authorities, the same will prevail," it had said.

"All States/UTs/PCBs/PCCs may initiate special drives to contain air pollution from all sources in view of potential aggravation
of Covid-19", it had said.

The Chief Secretaries and DGPs of all the states and Union Territories may issue and circulate an appropriate order in the above terms with appropriate enforcement guidelines to all the District Magistrates and Superintendents of Police, it had said.

The CPCB and the state pollution control boards may regularly monitor the air quality during this period which may be uploaded on their respective websites, the NGT had said.

The NGT was hearing the plea on whether the use of firecrackers be banned from November 7 to 30 in the interest of public health and the environment.

The tribunal's direction had come on a plea by Indian Social Responsibility Network, filed through Santosh Gupta, seeking action against pollution by use of firecrackers in the NCR during the time air quality is unsatisfactory with the potential of the severity of the Covid-19 pandemic.