The High Court had ordered that the body of the four accused of the brutal gang rape and murder of the woman veterinarian should be preserved by the state government till 8 pm on December 9. 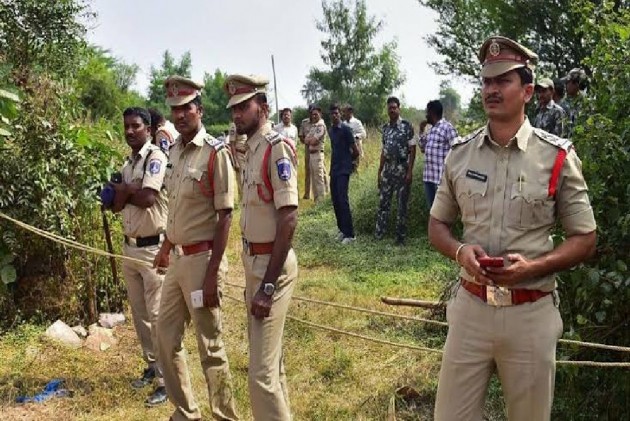 Telangana High Court will on Monday hear the encounter case in which four accused of gang-rape and murder of a woman veterinarian were shot dead by state police early on December 6.

On the very same day, the High Court had ordered that the body of the four accused of the brutal gang rape and murder of the woman veterinarian should be preserved by the state government till 8 pm on December 9.

"The Principal District Judge, Mahaboobnagar, is directed to receive the same and hand it over to the Registrar General of the High Court of Telangana by tomorrow (December 7) evening," HC had ordered.

The post-mortem examination of the four accused persons was done in the Government District Hospital at Mahaboobnagar under the supervision of the Superintendent of the hospital and a forensic team of doctors from the Gandhi Hospital, Hyderabad.

On the other hand, the Telangana government on Sunday constituted a Special Investigation Team (SIT) to investigate the police encounter against the four accused. The eight-member SIT team will be headed by Rachakonda Police Commissioner Mahesh M Bhagwat.

The accused Mohammed Arif, Naveen, Shiva, and Chennakeshavulu were killed in the police encounter at Chatanpally, Shadnagar on December 6 morning.

The veterinarian was brutally raped and killed by the accused, who burnt her body in Shamshabad area on November 27. Her charred body was recovered on November 28.