Union Minister Parshottam Rupala launched a pilot project on telemedicine services, to be operated by AIIMS Raipur through NCDC, for members of the fisheries cooperatives under the flagship program PMMSY. 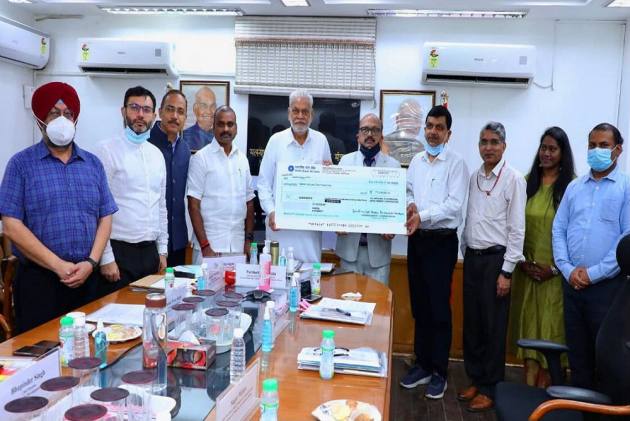 Members of fisheries cooperatives in Chhattisgarh would now be able to consult doctors   from AIIMS, Raipur for their medical needs. Union Minister for Fisheries, Animal Husbandry, and Dairying, Parshottam Rupala on September 20  launched a pilot project on telemedicine services, to be operated by AIIMS Raipur through the National Cooperatives Development Corporation (NCDC), for members of the fisheries cooperatives under the central sector flagship program Pradhan Mantri Matsya Sampada Yojana (PMMSY).

“This would ensure that members of the fisheries cooperatives in Chhattisgarh, whenever in medical need,  will be able to approach  health specialists of AIIMS, Raipur from their remote locations through telemedicine facility.” said Rupala after

“Telehealth services have tremendous potential in our country where healthcare facilities are heavily concentrated in urban cities while those in the remote area like villages and coastal areas remain deprived of such benefits," said the Minister.

Proposed as a startup activity by AIIMS, Raipur for next three years, the project is being launched in a pilot mode from five centres namely PHC Patan (Durg district), PHC Saja (Bemetara), PHC Ratanpur (Bilaspur), PHC Dhamtari (Chamtari) and AIIMS Raipur (Raipur). It is a joint effort by the Central Government, Government of Chhattisgarh, NCDC and AIIMS Raipur.

"The project is a way forward towards achieving Digital India Mission as envisioned by our Our Prime Minister Narendra Modi.

“In a pandemic-affected world, technology-enabled services including telehealth have become more relevant than ever. Given this, I am happy to inaugurate the telemedicine facility that will help bring access to quality medial consultation services to the people related with fisheries & fisheries cooperatives” Rupala added.

Later on, more districts will be covered under the project.

With the launch of the facilities, the Government aims to bridge health disparities among fishermen and fisherwomen community associated with their respective cooperatives in the Chhattisgarh State, explained NCDC MD Shri Sundeep Nayak. 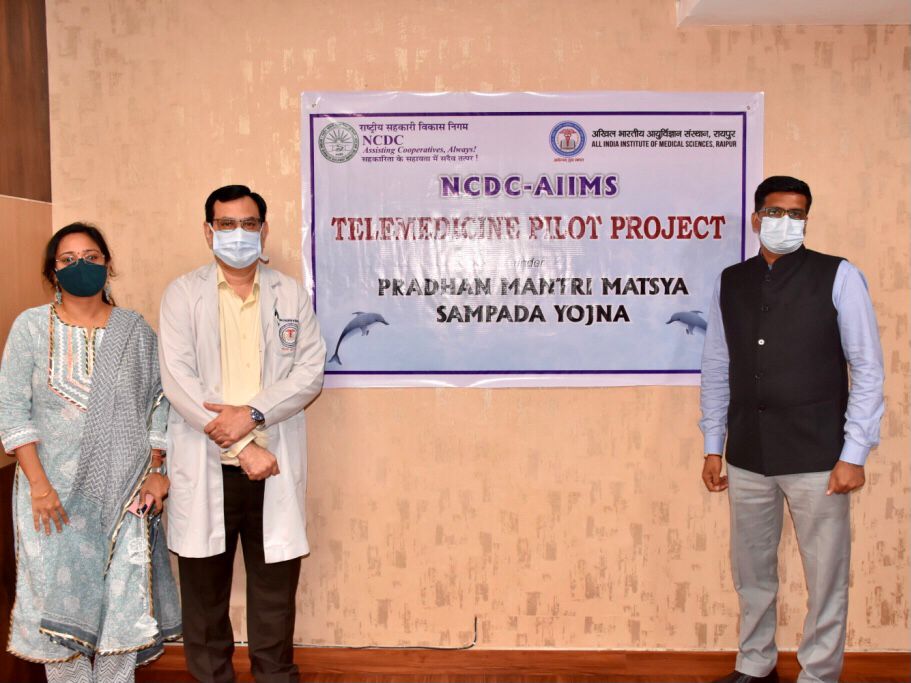 The decision to launch the telemedicine facility was taken after it was found that many members from the cooperatives were shying away from availing medical services either because of living in far off areas, poverty or due to Covid fears.

He explained that after consultation, if it was found that the patient needed more specialized treatment, ambulance service would be available.

“It will also help them to take more informed decision on prevention, diagnosis and health condition,” said Shri Jatindra Nath Swain, Secretary, Department of Fisheries, while appreciating the collaborative efforts of AIIMS, Raipur with NCDC. It will be guiding light for the startups to initiate innovative projects.

Dr Nitin Nagarkar, said that AIIMS, Raipur had already been conducting teleconsultation services for the benefit of the public, mainly residing in the tribal regions of the State. This activity was also further enhanced during this ongoing Covid pandemic.

“We are happy to associate with the NCDC to provide  high-quality care by providers and specialists in urban centers to the members of the fisheries cooperatives,”  Dr Nagarkar added.