Seven people including six Assam police personnel were killed and over 50 others injured in the clash between forces of the two North-eastern states on July 26 and a process of rapprochement is on. 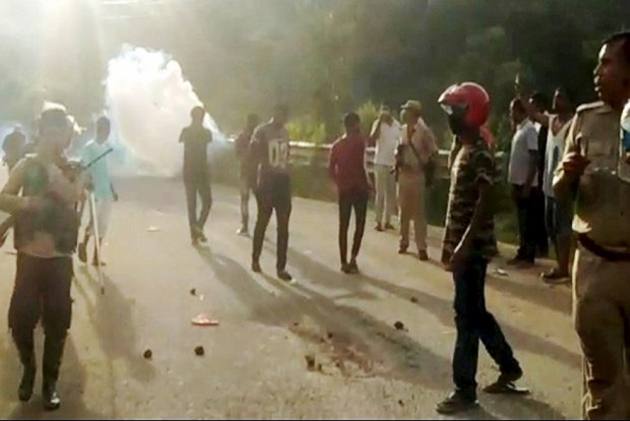 Tension along the Mizoram-Assam border escalated again on Tuesday when personnel of the Assam police allegedly fired on civilians of the neighbouring state injuring one, an official said. The incident occurred three weeks after a violent clash between police forces of the two North-eastern states left seven people dead and over 50 injured on July 26 and a process of rapprochement is on.

Seven people including six Assam police personnel were killed and over 50 others injured in the clash between forces of the two North-eastern states on July 26 and a process of rapprochement is on.

One person was injured in the firing by Assam Police personnel who were guarding the inter-state border, he claimed.

Mizoram And Assam Officials Level Allegations Of Encroachment On Each Other

Mizoram's Kolasib district Deputy Commissioner H Lalthlangliana said that the incident occurred at around 2 am at the disputed Aitlang area bordering Assam’s Hailakandi district. Three residents of Vairengte town went there to collect meat from a friend, a resident of Bilaipur in Assam, who invited them to come.

While Mizoram alleged that personnel of the Assam police fired on its civilians injuring one, the neighbouring state claimed that the men in uniform only returned the fire after miscreants from the other side of the border sprayed bullets on them.

Hailakandi Superintendent of Police Gaurav Upadhyay said that an exchange of firing took place but declined to share details.

"No casualty has been reported on both sides," he said.

A senior district official, however, told PTI that miscreants from the Mizoram side showered bullets in darkness from the top of Darasing Hills when workers were constructing a road leading to the border from Bilaipur under the MGNREGA scheme.

"In reply to the firing from the Mizoram side, Assam Police personnel also fired several rounds," the official said.

Upadhyay said that he along with the Deputy Commissioner of Hailakandi, Rohan Jha, rushed to the spot immediately after the firing at around 2 am.

"Huge security forces have been deployed in the area," he added.

Two days after the July 26 stand-off, it was decided at a meeting convened by the Ministry of Home Affairs in New Delhi that a neutral central force will be deployed along the disturbed Assam-Mizoram border.

State police forces, however, have continued to guard the border.

Representatives of Assam and Mizoram held talks in Aizawl on August 5 and agreed to resolve the inter-state border dispute amicably.

"Representatives of Governments of Assam and Mizoram agree to take all necessary measures to promote, preserve and maintain peace and harmony amongst people living in Assam and Mizoram, particularly in border areas," a joint statement issued after the meeting had said.

The Assam government also revoked an advisory issued earlier against travel to Mizoram on the same day.

Mizoram was a district of Assam before it was carved out as a separate union territory in 1971 after years of insurgency.

The border issue cropped up after that as perceptions over where the boundary should be, differed. While Mizoram wants it to be along the inner line notified in 1875, which Mizo tribals feel is part of their historical homeland, Assam wants it to be demarcated according to district demarcation done much later.