Tension, Fear And Migration Along LoC As India-Pak Hostilities Rise

In some areas, residents started moving to safer places. Educational institutions in both the districts were closed and people were advised to stay indoors. 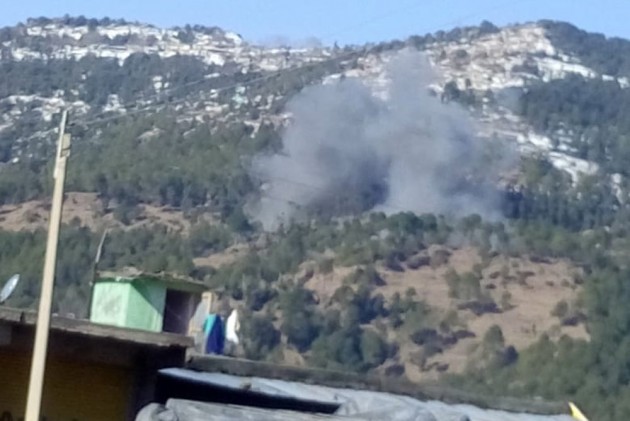 Tension and fear have gripped residents along the Line Of Control (LoC), especially Rajouri and Poonch districts of Jammu region, as Pakistan resorted to heavy shelling of Indian border areas and exchanged heavy gunfire with Indian forces, hours after the cross-LoC air strike by Indian fighter jets on a terror camp in Pakistan.

In some areas, residents started moving to safer places. Educational institutions in both the districts were closed and people were advised to stay indoors.

From early morning, about 150 families from Chajala Patri village of Mendhar tehsil in Poonch district started shifting to safer places after heavy overnight firing. The village is about 3 km from the LoC and witnessed consistent heavy firing.

Families fleeing to safer places say that while firing has been going on for the last many years, such intensity has not been witnessed before. School children are worried about their studies as exams are underway, though they have been postponed.

"We are moving to safer places leaving behind our livestock. Late PM Vajpayee made efforts to stop the firing, and we witnessed peace for some years. For last two days the firing has been heavy. I am not certain after we return whether our homes will be intact or flattened," Ghulam Mohammad, one of the residents who shifted to a safer place, told Outlook.

In Poonch town, some of the school buildings have been taken over by the Army. Announcements were made from religious places advising people to stay indoors. People were making frenetic purchases, with fear and uncertainty looming large.

A bomb was dropped near a school building in Ghani village, in Krishna Ghati sector, about 20 km away. The army brigade headquarters is about 2 km from the place where the bomb exploded.

"The bomb was dropped by a fighter jet and exploded with a bang, and black smoke started billowing. In my life I haven't heard such a thunderous noise," 45-year-old Mohmmad Ismail told Outlook. There was no casualty as schools were closed.

Deputy Commissioner Rajouri, Mohammad Aijaz Asad, said all precautionary measures have been taken and educational institutions are closed. He refused to give details about the reported shooting down of a Pakistani jet in Lam area of the district. Lam is close to the LoC.

At Jammu airport, there was panic as flights were cancelled. The last-minute cancellation left passengers puzzled, worried and scared.

High alert has been sounded in villages along the international border in Jammu, Samba and Kathua districts of Jammu region. Heavy movement of troops and artillery guns is being noticed by the locals for the last two days.

On Tuesday, after the air strikes in Balakot by India, LoC residents say they heard thunderous noise as Pakistan started heavy shelling.

Residents along the LoC in Poonch district, across the areas hit by the Indian air strikes, say they heard thunderous noise of sorties early in the morning. Some say they were hearing such noise late in the night for the past few days.

"I regularly get up at around 3 am for puja. Today also I go up for daily routine when I heard a loud noise. It was not the regular sound of normal sorties but of fighter planes. I rushed to the roof top and heard a sound as if something has been bombed," said Balram Sharma, resident of village Mendhar Gohlad, tehsil , Mendhar, about 5 km from LoC.

Many people along the LoC in Rajouri, Poonch and even in Uri sector of Kashmir valley said they got frightened at the thunderous sounds, and some even came out of their homes and started calling relatives early in the morning to get a clue to what had happened, and fearing if India has declared war.

It was only after a few hours that they learnt about the Indian air force strikes at Jaish-e-Mohammad camps in Balakot in Khyber Pakhtunkhwa province of Pakistan.

A sense of fear swept all along the LoC of major retaliation by Pakistan. At around 5.30 pm on Tuesday, Pakistan has started firing in the Rajouri-Poonch sector. Heavy firing was also reported from Nowshera and Krishna Ghati sectors.

Sounds of mortar pounding could be heard in Poonch town too, about 60 km from Krishna Ghati sector.

In Uri town , district Baramulla in Kashmir valley, fear gripped the residents as heavy convoy of army along with artillery guns was seen moving.