The Army Chief noted that cross-border terrorism continues to be 'a serious threat' despite efforts to curb it. 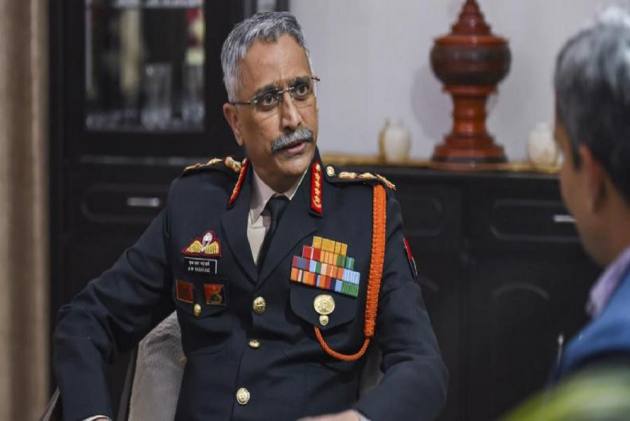 Army Chief General MM Naravane on Saturday said terrorists were making desperate attempts to infiltrate into Jammu and Kashmir to disrupt the District Development Council (DDC) polls there. He also said terrorism emanating from across the border continues to be a serious threat and that it was not abating despite all the efforts being made to check it.

In the first electoral exercise in Jammu and Kashmir since the abrogation of Article 370, nearly 52 per cent voter turnout was recorded on Saturday in the staggered polls to district development councils.

Days after a 150-metre long underground tunnel suspected to be used by four Jaish-e-Mohammad (JeM) terrorists for infiltration from Pakistan was detected by the BSF at the International Border in Jammu and Kashmir's Samba district, the Army Chief also said the terrorists, with the onset of winters, have started "moving southwards."

They "are now attempting to infiltrate through lower regions including to tunnels across the international border."

"With the ongoing situation on our western borders, terrorism continues to be a serious threat, and that is not abating in spite of all the efforts that we have made", the Army chief told reporters at Ezhimala Naval Academy in the district.

"They (the terrorists) are making desperate attempts to infiltrate into the Union Territory of J&K, trying to create as much problem as possible and to disrupt normal democratic processes that we cherish," he said.

General Naravane was in the Academy to review the Passing out Parade and award medals to meritorious midshipmen and cadets of the Indian Navy at the end of their "Course Completion Ceremony".