Personnel of the Thane Disaster Response Force (TDRF) were seen pulling out a child from the debris and feeding him water. 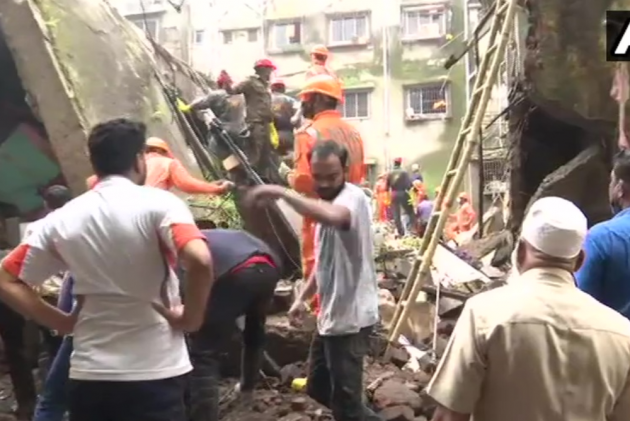 10 persons were killed and around 20 were feared trapped after a three-storeyed building collapsed in Maharashtra's Bhiwandi town, police said.

Five persons, including a child, have been rescued so far after the building caved in early on Monday, police said adding search operations are underway.

Personnel of the Thane Disaster Response Force (TDRF) were seen pulling out a child from the debris and feeding him water.

Bhiwandi is a power loom town around 10 km from Thane.

A civic official told PTI that the building, situated at Patel Compound at Narpoli near Dhamankar Naka, collapsed at 3.40 am, while the residents were asleep.

Around 20 occupants of the building are feared trapped in the debris of the collapsed building, he said.

A team of the National Disaster Response Force (NDRF) was also rushed to the spot.

A portion of the building collapsed and many occupants were trapped in the debris of the collapsed building, a Thane Municipal Corporation official said. It was not known how old was the Jhilani building, as it was called, and if it was in the list of dilapidated structures marked by the civic body, the official said.