The fire broke out at an electricity meter box room of a residential building late on Saturday, officials said adding that no casualties have been reported 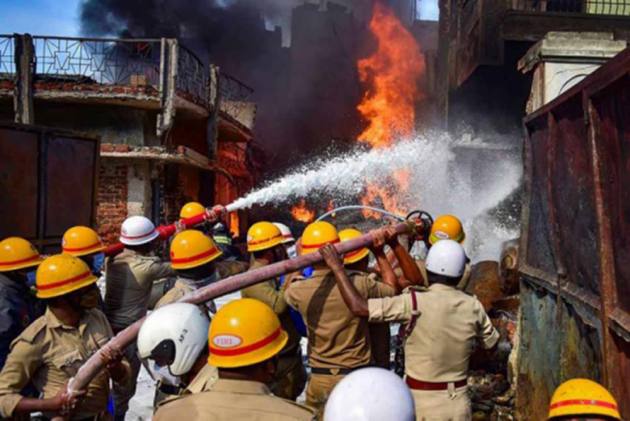 As many as 28 power meters were consumed by fire in Thane on Sunday, officials said. The incident occurred in an electricity meter box room of a residential building, officials added.

According to authorities, the fire broke out at 11.15 pm on Saturday. The accident occurred in a power meter room located on the ground floor of the S P Society in Kalwa area, Thane Municipal Corporation's Regional Disaster Management Cell chief Santosh Kadam said.

No casualties have been reported, Kadam said adding that fire brigade, electricity and police personnel doused the blaze within an hour.

After the fire broke out, around 35 residents of the building rushed to the terrace and got stuck there. They were later rescued by fire personnel, Kadam said.

"No one was injured in the fire. A total of 28 power meters were completely gutted in the blaze. A probe is on to ascertain the cause of the fire," the official said.

The power supply to the building was affected for a couple of hours after the incident, he added.