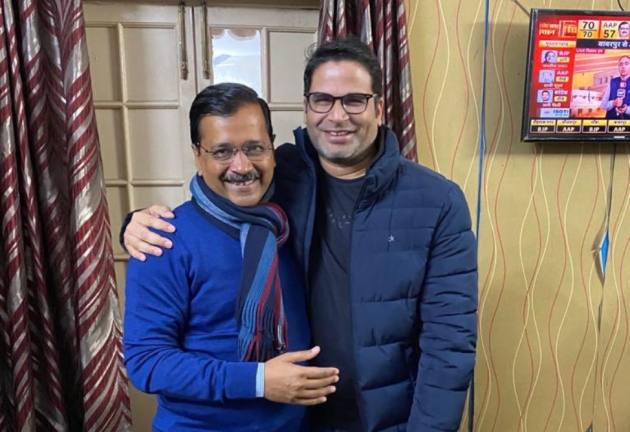 As trends indicated a clean sweep for the Aam Aadmi Party (AAP) in Delhi Assembly elections, party strategist Prashant Kishor on Tuesday thanked people of the national capital for "standing up to protect" the country's soul.

The former Janata Dal-United (JDU) vice-president said, "Thank you, Delhi for standing up to protect the soul of India!"

Thank you Delhi for standing up to protect the soul of India!

Kishor was expelled from JD(U) ahead of the Delhi Assembly elections after disagreements with party chief and Bihar CM Nitish Kumar over the Citizenship Amendment Act (CAA).

JDU too participated in the Delhi polls, with its candidates contesting on three seats alongside the BJP. But none of them have been able to take the lead as counting process enters the mid-rounds.