'The Body Knows': Reflections On Three Years Of #MeToo

Three years after Me Too, there is still a toxic myth we teach ourselves: If we don’t remember it, it probably did not happen. 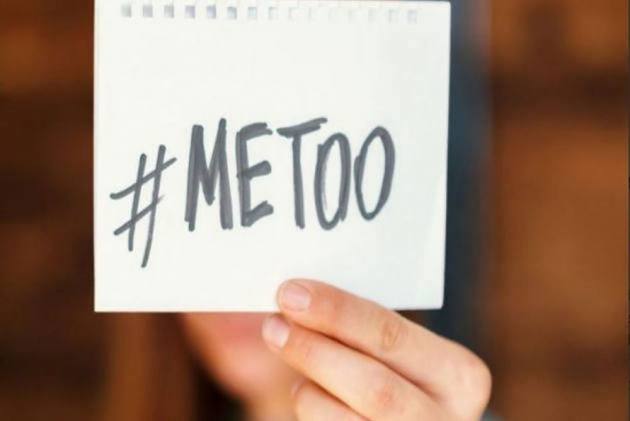 I sit cross-legged, hunched, staring at M, chipping my nails. She is narrating the details of the previous night when she was sexually assaulted. She stands tall, calm, unfazed, and talks with a casual air of reciting an old, tired joke one just inadvertently chuckles on. What is striking about the confrontation is that she does not remember the time it happened, how it happened, and whether she had consented to it.

I listen in, but with confusion. I ask questions, a lot of them, but the answers are elusive. She only remembers vaguely, she says, the whats and wheres of it.

So how can you be sure? I ask. The body knows, she mumbles.âÂÂ¯

It took me a few days to take M seriously; much longer to understand the most obvious—and brutal—consequences of doing so. So much—time and truth—can be lost trying to know something through its absence. In M’s case, it was everything she did not remember. âÂÂ¯

M was an unreliable narrator. Discussing details with her often felt like negotiating transactions: She could either give herself the comfortable space of minimising her own experience —whatever she remembered of it—and make life a little easier to navigate. Or she could set herself off on an unremitting trajectory of confusion and chaos.

There is also a toxic myth we teach ourselves: If we don’t remember it, it probably did not happen.

Our first brush with the reality-check arrived with Jennifer Fox’s gripping albeit disturbing memoir, The Tale. Fox said:âÂÂ¯ “We tell ourselves stories in order to live.” The Tale was Fox’s story: How she created an alternate version of her childhood sexual abuse so that what truly happened could be forgotten, or at least be made bearable enough to live with. This is, after all, one way to deflect trauma.

Memory is also malleable. It tapers off — especially under duress. A fragmented memory can lead us to participate in our own lies. We can explain away the most obvious suffering, even to ourselves. There is, perhaps, no balancing act.âÂÂ¯

Even if memory becomes clearer, we are already farther from accountability. Fox pulled off a visual coup inâÂÂ¯The Tale: She prodded the memories till they tumbled out, and in their truest form. Michaela Coel, in her award-winningâÂÂ¯I May Destroy You, also examined a path back from sexual abuse. Her story was also her own: Her drink was spiked at a bar and she was raped. What followed next was the aftermath of that assault, treated with grace and empathy, in tandem with both mundane and significant events of her life.

BothâÂÂ¯The TaleâÂÂ¯andâÂÂ¯I May Destroy YouâÂÂ¯attempted to push a hard truth—of navigating the complicated terrain of consent and sexual coercion fraught with legal hurdles. And how so many of us explore our private lives—through our friends and families or just pure imagination—to come out on the other side.

Visiting the past several times may also blur the lines between the real and unreal. It then becomes convenient to erase ambiguity and rewrite one’s own version of truth for some temporary respite, to give ourselves something that may lull us into a deceptive sense of normalcy. This is probably a motion that M, like so many others, perfected over years of practice.

The incident dates back to way before #MeToo shook us—us women—down to the levels we did not know existed. Many had just woken up to the enormousness of suffering they had long shoved in a corner. For those like M, the car crash of traumatic epiphanies nudged her to accept her own: The one she tried to consciously steer away from.

For several days following the assault, M and I chased whatever piece of information we could access—and remember—hoping it would give way to the key to the memory puzzle. M’s befuddlement and my impatience mounted collective restlessness that we may never reach the end of the tunnel. We were quite young and had not yet developed the vocabulary to express, or even understand, with clarity the broader consequences of this incursion.

We did not know what to do with what we had, so M decided it was consensual. There was no abuse, and that was the closure.

Until it was not.

It’s been three years since India woke up to #MeToo splattered across its Facebook, Instagram and Twitter feed. Where just one fine day, social media exploded into secret cries of the past. Layers and layers were unearthed to pull the agony out of the grave. Thousands were suddenly united in trauma. It’s ironic it felt like a celebration.

When the masks of self-inflicted manipulation wore off, M finally attuned herself to the only truth that mattered—the assault was real. That she was too intoxicated to walk straight, that she had passed out right after throwing up in the public washroom, and that she did not remember how she ended up being where she was.

M was, of course, not alone. There was A, who would not know until then that her former partner’s coercive sex was, in fact, rape. Then there was S: Three years had to pass before she understood why she felt nauseous and breathless every time her former partner tried to touch her when she would not want him to. It continues to remind us how exceptionally commonplace sexual abuse is, and yet we would keep circumventing the space around it so as to not confront the harsher truths about a society that conditions women to protect our abusers over ourselves.

What #MeToo did was help dispel the grey area of fractured memories, transgressions, manipulation and misunderstanding that try to render a traumatic experience spurious. It gave voice to those who were uncertain a crime had occurred, but knew in it their bones that they had been violated. The coming to terms with an experience whose gravity the world keeps diminishing finally liberated M, and by her extension, me. Her violator, who was never really captive, continued to be free.

There was M. There was A. There was S. There are more that I am not remembering. But they remember.âÂÂ¯And the body. It remembers everything too.

(Anshika Ravi is a Delhi-based journalist. Views expressed in this article are personal)