The Business Of Politics: Five Politicians Who Have MBA Degrees 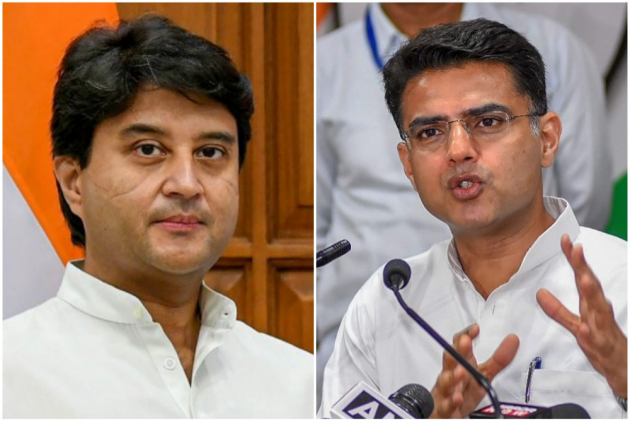 If politics is the art of managing public affairs, it goes without saying that some who have an MBA degree must be present in public life.

Union Minister of Civil Aviation Jyotiraditya Scindia has an MBA degree from the Graduate School of Business, Sanford University, USA. Earlier, he went to Doon School in Dehradun for his school education. Scindia, who is a scion of the erstwhile Gwalior royal family, stayed with the Congress for long but joined the BJP recently and became Union minister. His family has given India some top politicians, including Vijayaraje Scindia, Madhavrao Scindia and Vasundhara Raje. His departure from the Congress had come as a bolt from the blue, with Rahul Gandhi saying on record that he was one person who could walk into his house at any time.

Born in 1977, Sachin Pilot, son of late Union minister Rajesh Pilot, boasts an MBA degree from Wharton Business School, University of Pennsylvania, Philadelphia, USA. Earlier, he had gone to St Stephen’s College in Delhi for his graduation. Pilot was also Rajasthan Congress president and Deputy Chief Minister of Rajasthan, where he has had a running feud with Chief Minister Ashok Gehlot and came on the verge of rebellion. The suave Pilot is an MLA from Tonk in Rajasthan and is believed to have a good hold over the Gujjar community.

A marathon runner in his younger days, former Union Minister for Social Justice and Empowerment Mukul Wasnik also has an MBA degree from the Department of Business Management, Nagpur University, Nagpur, Maharashtra. He started his political career as a member of Congress student wing National Students Union of India (NSUI) and was also its national president from 1985 to 1988. He was first elected to the Lok Sabha in 1984, a time when Congress had swept the election after the assassination of Indira Gandhi. He has been a four-time member of the Lower House of Parliament.

Born in 1950, Dinesh Trivedi, who quit the All-India Trinamool Congress to join the BJP early in 2021, has an MBA degree from University of Texas, USA. He was Union Railway Minister in 2011-12. From 2014 to 2016, he was Chairperson of the Parliamentary Standing Committee on Railways. Before the West Bengal elections, he resigned from the Rajya Sabha and quit the TMC to join the BJP, claiming that the party was being run by a corporate professional who “did not know politics”. He has not been much in news since.

Forty-two-year-old Hooda, Congress leader and son of former Haryana Chief Minister Bhupinder Singh Hooda, has been member of the Lok Sabha in the past, till the Narendra Modi wave of 2019 saw him losing his own seat of Rohtak.

However, the young Congress leader has, among other things, an MBA degree from Kelley School of Business, Indiana University, Bloomington, USA. He did MBA after having done B. Tech. from Birla Institute, MD University, Rohtak. He has been a three-time Lok Sabha MP and has been member of several Standing Committees in Parliament. He counts agriculture as one of his major interest areas.