Covid No Deterrent: Online Dating Soars Amid Lockdown; Many Pair Up Digitally

As 30 per cent young Indians admitted to dating app OKCupid during the lockdown, it is indeed a relief to be able to go to a date in your pyjamas 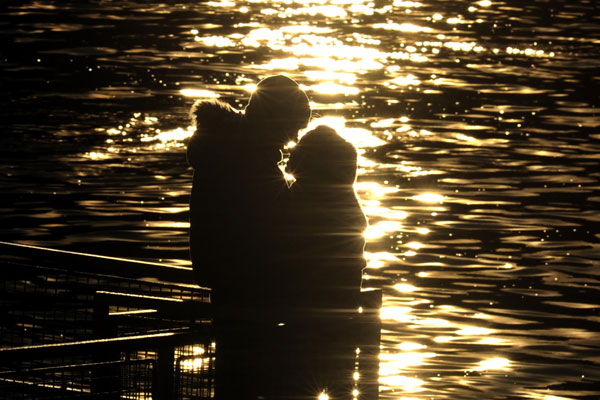 Love Will Find a Way, goes the song. It’s not just one song too. There are at least eleven songs with that title, says Wikipedia. From a 1920s Broadway tune to one in Lion King II, one by Lionel Richie, another by Christina Aguilera and so on. There must be a reason why the line’s so popular.

Well, here’s one. COVID-19 may have shuttered our lives. The planet may have stopped spinning. Spring may have gone by without a stroll in the park. People may be afraid to even see each other…but when has love admitted of a prison?!

Online dating apps are the way to go, the place to unburden all that emptiness in your soul…and as 30 per cent young Indians admitted to dating app OKCupid, it is indeed a relief to be able to go to a date in your pyjamas!

Yes, there’s no heading down to the coffee shop or that favourite barstool in the corner at the end of it. Online dating platforms are encouraging their users worldwide to stay at home, not take any risk, and yet be all heart.

So you meet strangers…online. Or you navigate the subtler stages of the progression of love. People are now spending their time online in order to know people better—people they were already talking to.

Or encountering afresh. For Aditi Kulkarni, a forty-year-old singleton who uses Gleeden, it feels no less thrilling or fulfilling than going out to a bar. “To be honest, it’s exactly the kind of me-time people need in their day-to-day life. They are, ironically, realising it while locked up in their homes. We are so used to meeting people, talking, making acquaintances at work or leisure that now when we are restricted from doing so, these social platforms have become a primary need for most of us.”

For Ayandrali Dutta, 38, another singleton, online dating is like a destresser where she shares some good laughter, some stories about each other and often it creates a craving to meet in the future sometime. She says, “The whole uncertainty of when you will meet is very interesting. It’s fun sharing a drink with the other person and doing cheers over a video chat. Though it’s a new thing for me overall, the bond I have developed with my matches online is amazing.”

Solene Paillet, marketing director of Gleeden, says discreet platforms like these accords primacy to members’ privacy. Offering a level of secrecy that other environments don’t is the idea—and there’s a high demand for it.

From a technical point of view, they are seeing an increase in the number of members connecting from the app instead of the desktop version. This is because it’s easier and less noticeable—from the phone, members can activate the “discreet mode” where Gleeden’s interface looks like Facebook’s.

There are also sudden disconnections! That’s when members are taking advantage of the ‘Shake To Exit’ function, which allows them to disconnect immediately and close the Gleeden app with just a quick shake of their device. That’s the point at which the spouse sneaks up on you!

“Gleeden’s community is open to adults of all relationship statuses—married, separated, divorced, cohabitating, single—and sexual orientations,” Paillet adds. “It’s primarily marketed to married men and women. The age of the average Gleeden member ranges from 34 to 49…this means they’re young enough to date yet more mature than users found on dating sites for singles.”

With Gleeden, you have the big, bad World Wide Web suitably feminised: an extramarital dating website for women, by women, entirely conceived, developed and run by a team of women to meet the needs of a female audience. “As girls, we speak the same language and know what we need because we share the same values. That’s why our percentage of female subscribers is the highest in the industry: women know the difference immediately when they are on Gleeden,” says Paillet.

And now, Covid has opened the windows to some online Cupidity. Gleeden is registering a longer time spent on the website, an increase in the upload of pictures in both public and especially private albums and in the number of members who are updating their profiles with a new description.

In Italy, for example, where mandatory quarantine started on March 4, they saw a boom in subscriptions after the first week, and that has since tripled. The traffic on the website has been increasing and the time spent on it went from an average of two hours to three hours every day. Ditto in countries like France and Spain, where the lockdown started later.

“India is no less: currently, subscriptions have increased by 70 per cent and we are expecting more as the lockdown continues,” says Paillet.

For Quackquack, another dating app, the daily user signup is up by 80 per cent. Earlier they used to get 10,000 new signups per day—that’s gone up to 18,000. Says Ravi Mittal, founder of QuackQuack. “The growth is due to people being confined to their houses. They are looking at new ways to meet, interact with new people online to beat boredom and perhaps cope with all the anxiety.”

The growth is both in organic signups and those via paid marketing channels, where costs of acquiring new users have gone down (advertising rates have fallen all around), he says.

On QuackQuack too, chatting has gone up 40 per cent! From 3,50,000 chats per day to 5,00,000. The number of profiles browsed and viewed too has gone up by 25 per cent. All this should find some place in the corner when they compile all the Covid data in the end.

Paramjeet Singh, a 27-year-old CA, says: “I was feeling lonely and hard to pass time and all the news about coronavirus was not making me feel any better. Not to forget that my job is at stake too. A friend of mine suggested QuackQuack. It’s helping me refresh my mind…. I find similar people, they too are affected by all the crazy news. It helps me understand how others are coping.”

Anil Kumar, 26, a digital marketing professional who’d been already using online dating apps, has noticed that more female users are coming on chats now, with the lockdown. “I can see the first question they’re asking is how I’m dealing with the lockdown. It has become a natural ice-breaker!”

Says Merlin Nair, 39, “Meeting strangers online and chatting up with them provides me with the oxygen I was lacking. These meetings destress me and have become my confinement ritual.

It’s an unprecedented situation really—over three billion people are under lockdown around the world! And OkCupid too is seeing a massive spike in matching, messaging and virtual dates. A dating app that matches single millennials on the basis of shared values, it’s coming by some insights on how millions of users around the world are readjusting their dating lives in the wake of COVID-19.

Matches on OkCupid have increased by 10 per cent worldwide since March 2020 and conversations have spiked by over 20 per cent. India specifically has witnessed a 26 per cent increase in conversations and a solid 12 per cent increase in matches on OkCupid. All of this is also ushering in a new era of “slow dating”—85 per cent of users on OkCupid believe it’s important to develop an emotional connection before a physical one, so the switch to virtual dates has allowed these emotional connections to be built.

As it is, being imprisoned at home and a kind of dread about the future has only accentuated the need for human connections. Says Ariel Charytan, CEO, OkCupid, “When people are not able to meet in person, they still find a way to date. In fact, there have actually been over 50 million intro messages sent across the world on OkCupid over the last month among daters connecting for the first time.”

An app called ‘andwemet’ is also witnessing an exponential increase in memberships: that is, actual signups. Says Shalini Singh, its founder: “The number of people interested in the platform has gone up by an average of 400 per cent week on week, from what it was before COVID-19.”

The one thing with signups, obviously, is the trust factor. Singh says ‘andwemet’ has attempted to resolve that holistically—with a mix of technology and human-enabled checking. “Our signup process has been created in such a way that it discourages fake profiles and helps to do the first level of filtering. We are also in touch with our members and are quick to respond if we get to know about any discrepancies.” They also have consciously kept it delinked from social media platforms—that’s both additional security, and more individuality.

The first big one, Tinder, introduced on a college campus in 2012, has also seen daily conversations grow by an average of 20 per cent around the world—and the conversations themselves are 25 per cent longer. (In India, that spike is 39 per cent and 28 per cent respectively.)

Bumble, the 2014 Tinder spinoff that was called a “feminist dating app”, has spoken of a bundle of customised features that will help improve how people connect with each other during this period, as dating moves online. New features that are now live include a ‘Virtual Dating’ badge that will appear in the profiles of users open to date via video chat. This will allow other users to find and filter prospective matches.

Bumble is also expanding its distance filters to allow users to match with anyone in their country—rather than its norm of connecting people within one to 100 miles of each other.

In India, Bumble has seen a 29 per cent increase in messages—more than two in five chats are turning into meaningful conversations, with a large number of messages exchanged. In addition to the existing chat, voice call and video chat options, Bumble users can now record and send audio notes to their matches and reply to specific messages within their chats.

The voice call and video chat features have proven popular during the pandemic. In India, Bumble saw a 17 per cent increase in video calls in mid-March. The average time for a video chat or voice call on Bumble in India is now 14 minutes.

Will those 14 minutes turn into something longer at the coffee shop around the block?

We don’t know. Only 8 per cent of the men and 23 per cent of the women say they are waiting to really date after the pandemic is over. So maybe virtual dating is indeed a thing unto itself: love in the times of corona