After August 5 last year, Ladakh had seen a drop in tourist footfall. The tourism industry took another hit when Coronavirus pandemic forced shut every sector. Whatever hopes of revival of tourism were left, the border tension with China has dashed them all. 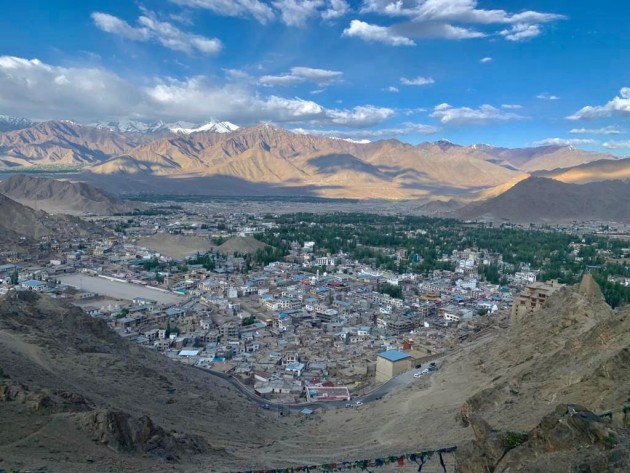 Ahead of the June 15 deadly face-off between Chinese Peoples’ Liberation Army and Indian Army in Galwan Valley of Ladakh, many Ladakhis were hoping the situation would settle down in the next few weeks and tourism would return to the region.

However, after the Indian Army suffered heavy casualties,  any hopes of tourism have died down in the region. The region had already witnessed a slump in tourist arrivals since August last year when the Article 370 was abrogated.

In June, the Department of Tourism in Ladakh had issued an advertisement, saying that travellers across the world -- and those in the country -- should prefer Ladakh as a travel destination once Covid-19 restrictions are over.  “Amid lockdown due to the Covid-19, mental health-related issues have become a part of life. Once the restrictions are over, fly to Ladakh, known for its serenity and natural beauty to beat the blues,” reads an advertisement of Ladakh Tourism Department.

Money Is In The Journey: Tourism Sector Is Key To Revival of Indian Economy

Also Read: To Travel Or Not? Privacy, Security, Health Will Be Key As Exotic Locales Beckon

However, with the surge in Covid-19 cases in the country, and the growing tension between India-China along the Line of Actual Control, tourist players in Ladakh say they don’t have any expectations left anymore. “Tourism has hit zero in Ladakh for the past several months. The government has not stepped in to rescue the industry and loans haven’t been waived. We are in great trouble,” says Odpal George, who owns Sapwoo Resorts hotel in Leh.

“Ladakh’s tourism season stretches from April to October, but I don’t think we will see any tourists coming in near future. It is not only Covid-19 that has hit us, we have problems with Chinese also; it is a very bad situation and I don’t foresee any possibility of tourism in coming months,” he says, adding “after October, we have a long winter and no tourism. Our winter is not going to end this year.”

Ladakh remains cut-off for almost six months -- from November to April -- from the rest of the world as the two links -- the Srinagar-Leh and the Manali-Leh roads -- remain blocked due to heavy snowfall.

Also Read: Paradise Lost! Kashmir's Tulips In Full Bloom But Where Have The Tourists Gone?

“From May to September, we see a large number of tourists. It’s June already and there are no tourists. Some hotels have opened up here but not for tourists. They occasionally get some officials who visit Leh,” says hotelier Arif Radhu, who runs Sankar Residency Hotel in Leh.

Last year, when Ladakh was granted the status of a Union Territory, the local hospitality and tourism sector were expecting a large number of tourists and trekkers from foreign countries.  Ladakh region – also referred as the cold desert, is known as a trekking destination. Besides, the Dalai Lama visits Ladakh every year for the past 26 years and stays there for months together.

“There was no lockdown in Ladakh after Article 370 was removed last year. But the crises in Kashmir had an impact on tourism here. We get most of the tourists from Srinagar-Leh road. This year we were expecting good business but due to the Covid-19 and Ladakh situation, there are no hopes left,” Radhu says.

Ladakh largely depends on tourists and sees a huge influx of foreign and domestic tourists. Tour and travel operators say business losses due to the Covid-19 run in crores. All Ladakh Guest House & Hotel Association, Ladakh has asked the UT administration of Ladakh for financial assistance of nearly Rs 200-300 crores.

“Ladakh is all about tourism and if tourism suffers, entire economy of Ladakh is going to pay for it. In Europe, the government has provided incentives to the hospitality industry. Here the government tells us not to lay off our staff without realising how we would pay them. Hospitality sector needs incentives and waving of loans,” George says. “If it will not happen, we are finished,” he adds.

Tenzin Motop, who has been associated with Ladakh tourism industry for long, says it is expected that the situation about Covid-19 would improve by November-December in the country and other parts of the world. “By then, winter would set in in Ladakh and we will be under a long winter. We have no business this year. Ladakh tourism is about the people of Ladakh and that is why the government should step in and come up with incentives to help the tourism industry,” he adds.