The Lost Son Of Congress: What Entails For Jyotiraditya Scindia?

Scindia is expected to boost the aviation sector that has been drastically hit by the ongoing Covid-19 pandemic. 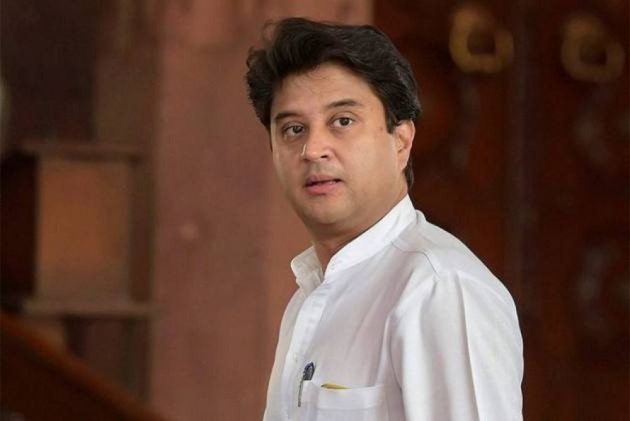 Jyotiraditya Scindia has been appointed Civil Aviation Minister, and it is not of many surprises that he is expected to boost a sector that has been drastically hit by the ongoing Covid-19 pandemic. Scindia’s rendezvous with the civil aviation ministry is not new, establishing a parallel with his father and former Civil Aviation Minister Madhavrao Scindia, who passed away in 2001.

The 50-year-old, Harvard and Sandford educated, Jyotiraditya Scindia has come a long way after contesting his first election as a Congress candidate in 2002, a by-election in Guna Lok Sabha constituency. On Wednesday, Scindia has joined the government in a reshuffle of the Union cabinet in which 36 new ministers joined along with two new additions and seven promotions. Scindia tweeted:

I thank Prime Minister Sh @narendramodi ji, @JPNadda ji & the party leadership for entrusting me with the responsibility to serve as Civil Aviation Minister. Looking forward to working under the guidance & vision of the PM to build a strong aviation sector for Aatmanirbhar Bharat!

So, what entails for Jyotiraditya Scindia is the critical question. He resigned from Congress and joined the BJP in March 2020. The move was largely inspired by the fact that Congress leadership kept snubbing Scindia for a leadership role in Madhya Pradesh since 2018. Time and again, Scindia appeared for multiple media interviews asserting that it would be his honour if he was chosen the state’s chief minister. Often seen quoting his Gwalior-Chambal performance as paramount in terms of wins, but the majority of legislators behind Kamal Nath stood against Scindia’s fate. His resignation hit the nail on the head and finally climaxed in the collapse of the Kamal Nath government in Madhya Pradesh within 15 months after its formation. It was high time that Scindia was rewarded for his efforts to pave the way for the BJP to take power in the state.

The Civil Aviation Ministry's report published in May this year iterated that the passengers carried by domestic airlines from January to April this year were 291 lakh compared to 329 lakh during the same period last year - a fall of 11.65 per cent. The fact of the matter lies if promising and young Scindia will be able to foster a much-needed spin around for the dire situation that the sector is facing. The timing could be good for Scindia when after hitting the peak of the pandemic’s second wave, the country is easing lockdown restrictions and travel has eased up across the nation. Will Scindia be able to deliver or is it just another litmus test that the lost son of Congress will have to appear?