The Many Faces Of Assam Chief Minister Himanta Biswa Sarma

Assam CM Himanta Biswa Sarma’s heady two months in office have already been marked by a host of controversies. Here are a few of them 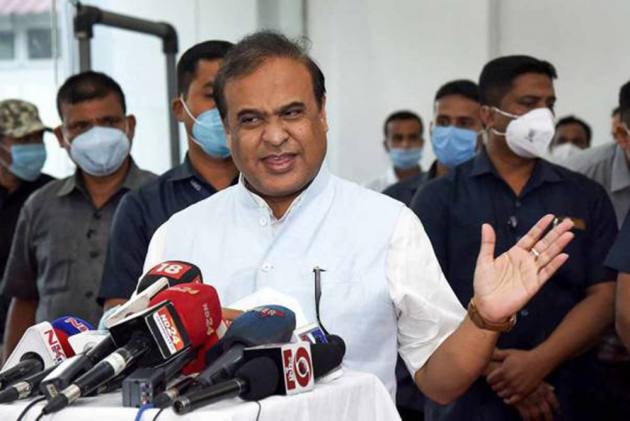 Assam Chief Minister Himanta Biswa Sarma was sworn in as the Chief Minister of Assam on May 10, 2021. And in just two months of his tenure, the new CM has managed to become a media favourite and one of the most controversial Chief Ministers in India at present. Announcing sweeping changes in the very first few weeks of assuming office, Sarma seems to now have managed to successfully evade a potentially suicidal vendetta with the state of Mizoram.

Six Assam policemen were killed last week after inter border tensions with Mizoram escalated at Lailapur in Cachar district. The incident also resulted in the death of a civilian and left at least 50 injured. With mounting pressure at home, Sarma launched an offensive against Mizoram on Twitter while Assam Police filed an FIR against six Mizoram police officers and Rajya Sabha MP K Vanlalvena who had threatened cops.

On Monday, Sarma took the first step and dropped the FIR against Vanlalvena after the Zoramthanga government hinted at a possible truce. However, he maintained that the police cases filed against six Mizoram government officials will continue to be probed for their alleged role in the deadly gun battle.

Assam To Send Ministers To Mizoram After Both Sarma, Zoramthanga Drop FIRs

Sarma may have avoided further escalation of tensions and sailed through a potential crisis for now. But the Assam CM’s heady two months in office have already been marked by a host of controversies which saw him put on a variety of new roles.

Since Sarma took charge as CM in May, the state has seen at least 15 suspected militants and criminals being shot dead in police encounters as they reportedly tried to snatch service weapons or attempted to escape from custody. At least 25 others were injured in similar incidents. The rising number of shoot-outs has whipped up a political furore in and outside Assam with the opposition alleging that the state police has turned "trigger-happy" and is indulging in "open killings" under the Sarma-led government.

Unfazed by criticism of his government over the killings, Sarma on July 15 said in Assam Assembly that the state police has "full operational liberty" to fight against the criminals within the ambit of law. On a previous occasion too, the chief minister told the assembly that the Assam police would retaliate against criminals trying to snatch service weapons of its personnel and attacking them or fleeing from their custody, thereby defending the series of encounters in the two months.

At the first ever face-to-face meeting with the Officers In-Charge (OCs) of all police stations of Assam on July 5, Sarma had said that shooting at criminals "should be the pattern" if they attempt to escape from custody or try to snatch arms from the police to fire at them. Taking suo moto cognisance, the Assam Human Rights Commission (AHRC) on July 7 asked the state government to institute an enquiry into the circumstances that led to the death and injury of the accused in police encounters over the past two months.

A New Delhi-based lawyer from Assam, Arif Jwadder, has also filed a complaint with the National Human Rights Commission (NHRC) against the Assam police for the series of encounters that have taken place since Sarma took over on May 10.

In June, Sarma announced that his government was planning to introduce a stringent population policy with a two-child norm, and families adhering to it can avail benefits under certain schemes. A similar rule exists for contesting in panchayat elections and in state government jobs.

While Sarma has persisted on delinking the population control issue from politics, he has asserted that controlling the “population explosion” is the only way to solve the problems faced by Muslims in the state in sectors like education, health, ending child marriage and financial inclusion.

According to reports, the Assam government has already planned to appoint 10,000 ASHA workers to distribute contraceptives among Muslim women and set up a population army of 1,000 youths to create awareness among the members of the community.

While leaders of Opposition agree that population control policies might be necessary for the state to improve its vital metrics, a policy targeting just Muslims will be unacceptable.

But while the population growth among the Muslims in the state is higher, their fertility rate in the last 14 years has declined from 3.6 per cent to 1.3 per cent. For non-Muslims, it has dropped by only 0.4 per cent.

The discussion about Assam’s population policies came at about the same time when Uttar Pradesh Chief Minister Yogi Adityanath announced the two-child policy to curb population explosion in the state. Observers speculate that the vehement push for the population policy in Assam - a state where the population growth among Muslims is 29 per cent while the same for Hindus is 10 per cent - may be an attempt to influence the 2024 elections in favour of the BJP.

In July, the Sarma-led government tabled a bill in the Assam Assembly to ban cattle slaughter and sale of beef in parts of the state where Hindus, Jains and Sikhs are in a majority. The bill also makes transportation of cattle from one district to another and outside Assam illegal in the absence of proper documentation.

While many called it an attempt to discriminate against beef-consuming minorities, Sarma defended the cow protection bill which said that beef cannot be consumed in places where Hindus live and the bovine is worshipped.

"We believe that cow is our mother. We want that cattle don't come from West Bengal. We want that beef is not consumed in those places where cows are worshipped. I am not saying people as a whole should leave their natural habits," Sarma said.

Opposition AIUDF feared that the proposed bill will encourage incidents of mob lynching like those in the "cow belt" in northern India. BJP ruled Uttar Pradesh, Karnataka and Madhya Pradesh have laws for protection of cattle.

Critics claim that the proposed Bill is more draconian than the 1950 cattle protection law that it replaces. This is due to the specific geographical demarcation aspect of the Bill that prohibits slaughter and sale of beef only in Hindu dominated areas or areas in the vicinity of a temple. Congress leader Gaurav Gogoi said that the decision to amend the cattle laws was motivated not by the needs of local population but the influence of the Rashtriya Swayamsevak Sangh.

A former Congress leader, 52-year-old Sarma joined the BJP six years ago and has since been instrumental to its rise in Assam. A key strategist, Sarma is known for his ability to string together key coalitions for the NDA in the north-eastern states. In 2020, when Sarma was the State Health Minister, he hailed the state government’s decision to convert all government run madrassas to general schools as “historic”.

Sarma’s ability to build coalitions - a legacy of his NEDA years - and his understanding of the politics in the north-east states may have helped him thus far. But the border crisis with Mizoram seems to have humbled the Cotton College star who might need just a little more time to ease into his new role as the Chief Minister of a state.