The Pandemic, And A Lesson From The Minorities

Through their resilience, coping strategies, compassion and efforts to build a more inclusive society, minorities have a lot to teach us if we are willing to listen. 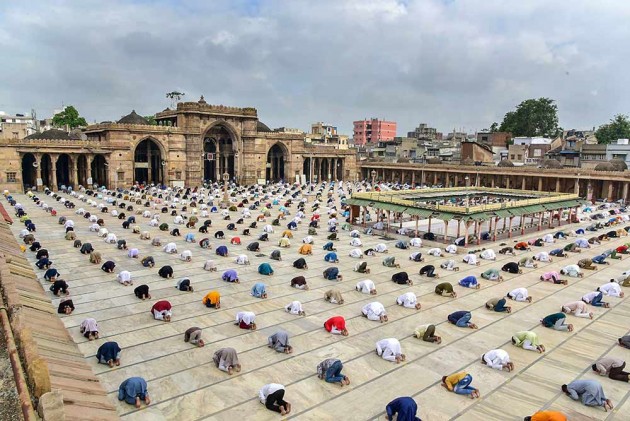 On August 26, the first-ever safe home for the transgender community was inaugurated in Kolkata as a refuge for sexual minorities facing stigma and persecution.

Born out of trans activist Ranjita Sinha’s passion, the shelter is meant to not only provide temporary housing to the most vulnerable but also offer them legal and psychological counseling. Sinha calls it a powerhouse to “recharge the body, mind and soul.” In one of its rooms, a wall poster reads “Ishwar Allah Tero Naam, Sabko Sammati De Bhagwan.”

Sinha, a pioneering activist who has been at the forefront of the movement for the recognition of transgender as a third gender in India, says the shelter is grounded in the idea that all discriminations based on gender and religious identity must end.

Even though social exclusion is compromising the effectiveness of efforts to check the coronavirus pandemic, minorities have universalised their care to support those who’ve been pushed to the margins. Not only are they getting increasingly involved with inter-faith work, but are also helping stem the surge of religious polarization across India.

In Hyderabad, a Muslim activist in a burqa, provided food, water and shelter to thousands of migrant workers after the most stringent lockdown was declared across India end-March. Night and day, Khalida Perveen worked tirelessly for the poor across different faiths. During Ramazan, she prepared meals for them and listened to their stories with empathy.

In Bangalore, a trans woman working with sex workers and sexual minorities, went door-to-door to distribute free ration and cooked meals to the most deprived during the lockdown, while a school teacher in the deep interiors of Madhya Pradesh, started a school for over 100 tribal students who have no access to internet, smartphones or television.

Refugee women and asylum seekers have sewn masks and cooked meals for the destitute.

While the pandemic has been used to whip up hate against religious minorities by fore-fronting incidents such as the Tablighi Jamaat congregation, Muharram processions and Church gatherings, the marginalised have relied on the Gandhian principles of love and non-violence to build solidarity among communities.

Through their resilience, coping strategies, compassion and efforts to build a more inclusive society, minorities have a lot to teach us if we are willing to listen.

During World War II, locals from a small village in Maharashtra opened their hearts when they welcomed over 5,000 Polish refugees fleeing persecution in erstwhile Soviet Union. Over five years, a small community grew with its own school, hospital, post office and fire brigade station. The locals bonded with the Poles to study, heal, and learn new skills.

But with alienation and ‘othering’ on the rise now, we are choking that opportunity.

Religious polarization has not only made us more fearful and suspicious of minorities, but also closed avenues of learning to better cope in these unprecedented times.

The new initiatives by minorities when most economic activities across India have ground to a complete halt and when the future is shrouded in uncertainty speaks not just to their entrepreneurial spirit but also their belief in our shared humanity.

In the face of daily attacks and ostractizations, abandonment by friends and family, shrunken support systems, physical and mental health crises, they have developed skills to survive. These hardships have taught them about human dignity, generosity and tolerance.

The fundamental lessons that minorities and refugees can teach us about living in crisis have been recognized by countries such as Bangladesh, Ukraine, Jordan and Kenya.

In Kenya, refugees from South Sudan have pivoted their businesses to meet the needs of the community; in Jordan, women are providing Arabic literacy lessons to students by using the walls of their caravans as canvases for video-based classes; in Ukraine, community empowerment initiatives by refugees are providing life-saving healthcare to the marginalised; in Bangladesh, women volunteers in Rohingya refugee camps are conducting door-to-door visits to sensitise refugees about physical distancing, opening even women-friendly spaces for those at increased risk of domestic violence and abuse.

Unfortunately, in India we’ve done little to harness this potential. The stray efforts by some daring civil society members and activists have been diminished by endless questions about who is a nationalist and who has committed sedition.

If we allowed the culture of fear and suspicion to diminish instead, perhaps there would be a more thoughtful and effective response to a global health crisis.

With India right at the centre of it.

Priyadarshini Sen is an Independent Journalist based in Delhi. She writes for India and US-based media.  Views expressed are personal.