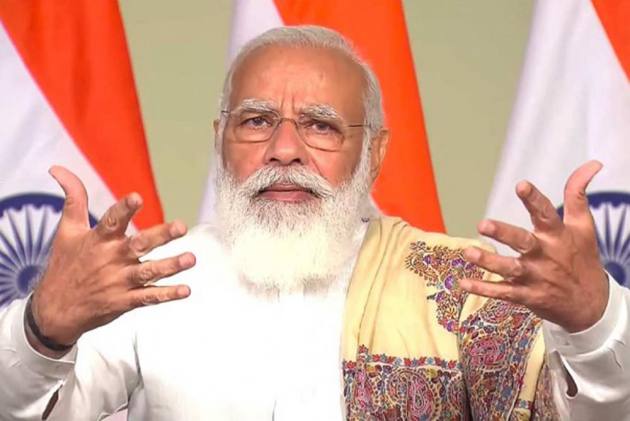 The pandemic spoilt Saudi Arabia’s coming-out party. As the first Arab nation to host the G20, it was a diplomatic coup over rivals in the region. The Kingdom had hoped to present the country’s new modern image to the gathering of world leaders for the two-day summit, which started Saturday November 21. The all- powerful Crown Prince Muhammad bin Salman, MBS for short, had worked assiduously to present the make-over, but in the end had to be content with a virtual summit without the glitz and glamour of a major diplomatic event.

The theme of this year’s G20, ‘Realising Opportunities of the 21st Century for All’, was kicked off by Saudi King Salman bin Abdulaziz Saud. The focus was naturally on ways to overcome the Covid-19 pandemic, economic recovery and restoring jobs. Climate change was the second part of the agenda with emphasis on building an inclusive, sustainable and resilient future for the world.

Prime Minister Narendra Modi, who had invested time and energy in improving India’s political ties with the Gulf kingdoms, especially Saudi Arabia and the UAE, tweeted late Saturday : “Had a very fruitful discussion with G20 leaders. Coordinated efforts by the largest economies of the world will surely lead to faster recovery from this pandemic.’’

Had a very fruitful discussion with G20 leaders. Coordinated efforts by the largest economies of the world will surely lead to faster recovery from this pandemic. Thanked Saudi Arabia for hosting the Virtual Summit. #G20RiyadhSummit

Modi’s efforts had paid dividends as Saudi Arabia, a close friend of Pakistan, had refused to convene a meeting of the foreign ministers of the Organisation of Islamic Cooperation (OIC), to discuss Kashmir. Pakistan was frustrated and angry at this change in Riyadh’s views, especially as in the past it had always taken up the cause of Kashmiri Muslims.

But Pakistan must have been delighted with a glitch ahead of the G20 summit. Riyadh had issued 20 special banknotes to commemorate the meet. The banknote had miniature maps of member countries. Jammu and Kashmir and Ladakh were excluded from India’s map. India’s envoy in Riyadh protested against the wrongful depiction. Saudi Arabia had since withdrawn the banknotes, which anyway was not in wide circulation. India was obviously satisfied with Riyadh’s explanation and action taken, otherwise, Prime Minister Modi would have stayed away from the summit.

“Prime Minister termed the Covid-19 pandemic as an important turning point in history of humanity and the biggest challenge the world is facing since the World War II. He called for decisive action by G20, not limited to economic recovery, jobs and trade, but to focus on preserving Planet Earth noting that all of us are trustees of humanity’s future,’’ the MEA said in a statement released late Saturday on the PM’s speech.

“The PM called for a new Global Index for the Post-Corona World that comprises four key elements – creation of a vast Talent Pool; ensuring that Technology reaches all segments of the society; Transparency in systems of governance; and dealing with Mother Earth with a spirit of Trusteeship. Based on this, the G20 can lay the foundation of a new world.’’ G20 leaders also called for access of the new Covid-19 to people across the globe.

The G20 summit will wrap up on Sunday. US President Donald Trump is expected to join the virtual meet, his first major international appearance since he lost the presidential elections. There will be much interest in what Trump has to say. The outgoing President has a special relation to the Kingdom’s ruling dynasty.

The G20 summit, has done little to refurbish Saudi Arabia’s image. Instead there has been focus on Riyadh’s human rights record. MBS, once a darling of the Western media for his efforts to whittle down the power of the religious police and promote moderate Islam, the murder of Saudi journalist Jamaal Khashoggi last year, had repelled the international community. MBS had pushed for allowing Saudi women to drive. “Women’s empowerment features prominently on Saudi Arabia’s G20 Agenda, despite the fact the activists who spearheaded campaigns for women’s rights are languishing in jail or facing trial,” said a blog post by Amnesty, the global human rights organisation.