Now famous as "the woman in the yellow saree," Reena caught everyone's attention recently when she, dressed in a yellow saree, was seen carrying EVMs to the polling booth where she was stationed. 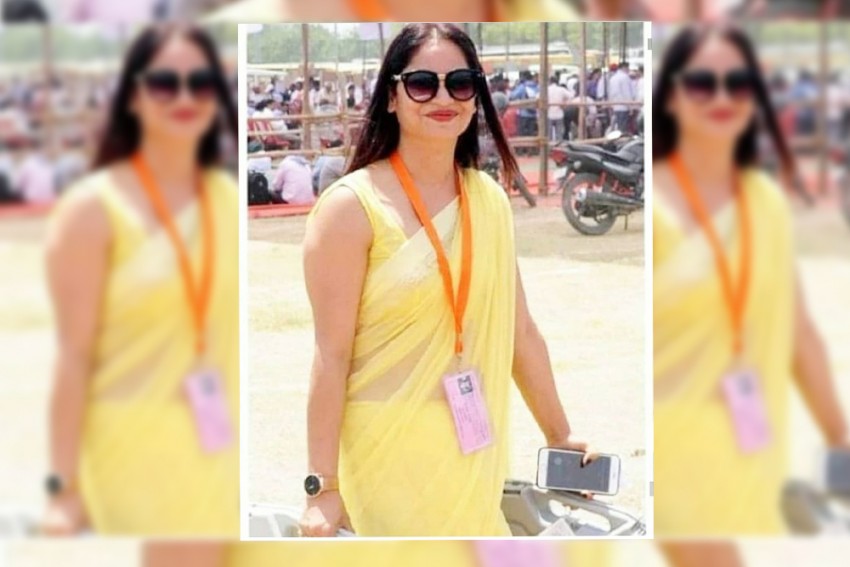 PWD officer Reena Dwivedi has become a social media sensation after she was stationed at one of the polling booths on election duty.
Outlook Web Bureau May 15, 2019 00:00 IST The Poll Officer In 'Yellow Saari' Who Is Now A Social Media Sensation 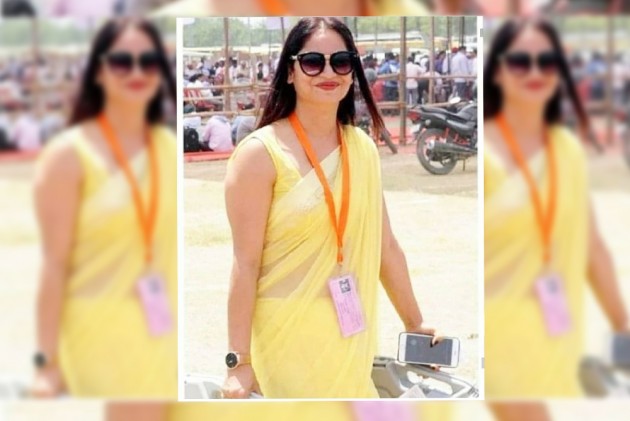 For Reena Dwivedi, the PWD officer who was on poll duty during the ongoing Lok Sabha elections, life has taken a phenomenal turn, making her a celebrity of sorts.

Now famous as "the woman in the yellow saree," Reena caught everyone's attention recently when she, dressed in a yellow saree, was seen carrying EVMs to the polling booth where she was stationed.

The 32-year-old, who is originally from Deoria in Uttar Pradesh, has been all over the internet and WhatsApp forwards.

According to a report in The Times of India, Reena got the best reaction from her son Aadit, a class 9 student. “He came to me and urged to make a video call to his friends to make them believe that the woman in yellow saree was indeed his mother," she told the English daily.

In another interaction with ABP news, Reena said she was just focussed on fulfilling her duty as a poll officer. When asked about her "stylish" saree, she said there was nothing out of ordinary and she was dressed in the traditional Indian attire.

When asked if she would entertain the idea of going to the reality show Bigg Boss, Reena said she hadn't received any such offer as yet.

"My colleagues and family members are very supportive; they are happy that their daughter is getting some recognition," she said.

Another claim that accompanied her photos was the "100%" voter turnout at her booth which she outrightly denied, saying it was just made viral by those who clicked and shared photos. "The polling percentage was 70," she said.

Reena's photos, available on her Instagram handle, have been shared by many users across social media platforms.