Quad Neither Intends Nor Attempts To Be A Military Alliance: Army Chief Gen Naravane

The Quad comprises India, Japan, Australia and the US. The four countries have maintained that the group intends to promote shared democratic ideologies and ensure a free and inclusive Indo-Pacific. 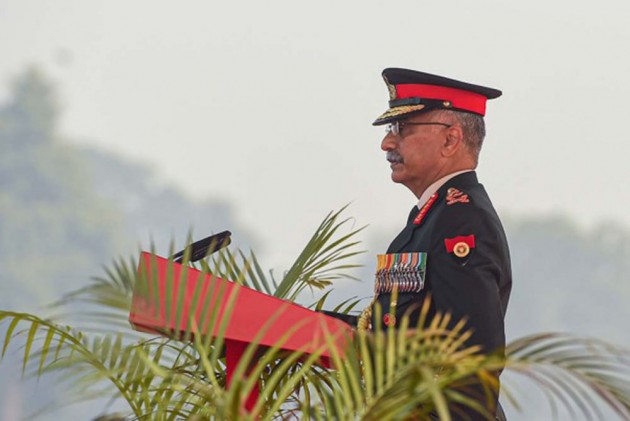 Amid China and Russia expressing concerns over the formation of the Quad, Chief of Army Staff Gen MM Naravane said that fears of some countries portraying the Quad as a military alliance are unfounded and that the four-nation group is meant to be a plurilateral organisation delving into issues specific to the Indo-Pacific region.

The Quad comprises India, Japan, Australia and the US. The four countries have maintained that the group intends to promote shared democratic ideologies, ensure a free, open and inclusive Indo-Pacific.

The Quad’s formation comes against the backdrop of rising global concerns over China's growing assertiveness in the region.

"The Quad neither intends nor attempts to be a military alliance. It is meant to be a plurilateral grouping which focuses on issues specific to the Indo-Pacific," he told PTI in an interview.

"Some countries have portrayed the Quad as a military alliance to raise unsubstantiated fears despite no concrete evidence to show the same," the Army Chief added.

China has been severely critical of the Quad, claiming that the grouping is aimed at containing it in the Indo-Pacific.

Russia has also been criticising the Quad, saying it would be detrimental to inclusive dialogue for peace and stability in the region.

Russian foreign minister Sergey Lavrov last month had used the term 'Asian NATO' in the context of emerging alliances in Asia that was seen as an indirect reference to Quad.

The Chief of Army Staff also referred to the first Quad summit held in March that pledged to strengthen cooperation in dealing with present challenges that are not limited to military and defence cooperation but encompass all security challenges that the region faces.

"The Quad believes in free and open Indo-Pacific and a number of sub-issues form the basis for its operationalisation such as health and economic impact of COVID 19, climate change, cyberspace, infrastructure development, counter-terrorism and humanitarian assistance and disaster relief," he said.

Gen Naravane also elaborated on his recent comments that the Quad will not be a NATO-like alliance.

"NATO's origins as a military alliance lie in the bipolar confrontational world order that existed between the end of the Second World War and the dissolution of the Soviet Union," he said, adding Quad does not aim to become a military alliance.

The evolving situation in the Indo-Pacific region in the wake of China's increasing military muscle-flexing has become a major talking point among leading global powers.

In the first Quad summit in March, Prime Minister Narendra Modi, US President Joe Biden, Australian PM Scott Morrison and Japanese PM Yoshihide Suga vowed to strive for an Indo-Pacific region that is free, open, inclusive, healthy, anchored by democratic values, and unconstrained by coercion, in an apparent message to China.

India has always been maintaining that Quad is not aimed at any country.

The foreign minister of the four countries held their first meeting under the 'Quad' framework in New York in September 2019.

In November 2017, the four countries gave shape to the long-pending proposal of setting up the Quad to develop a new strategy to keep the critical sea routes in the Indo-Pacific free of any influence, besides cooperating on other issues.

India's approach to the Indo-Pacific was enunciated by Prime Minister Modi in his address at the Shangri-La Dialogue in Singapore in 2018.

Inclusiveness, openness and ASEAN centrality and unity lie at the heart of India's Indo-Pacific vision. The 10-nation Association of Southeast Asian Nations (ASEAN) is a key stakeholder in the Indo-Pacific region.