The World Is One Family: Jaishankar Builds On PM Modi’s ‘Vasudhaiva Kutumbaka’ Concept At Global Meet 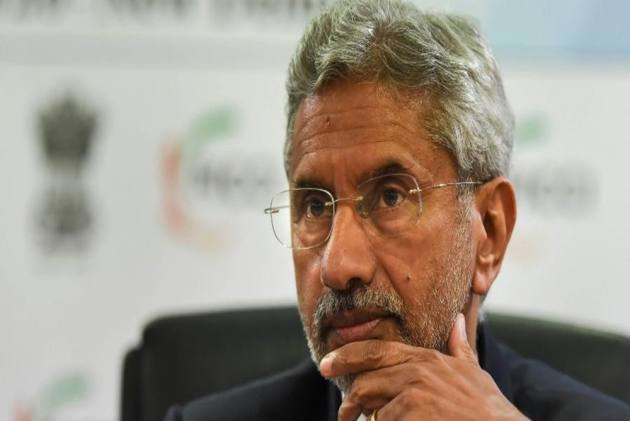 External affairs minister S. Jaishankar expounded on Prime Minister Narendra Modi’s concept of Vasudhaiva Kutumbaka to explain India’s view of the world. He was speaking at a session of the Raisina Dialogue, India’s premier strategic global conference which has gathered momentum since it started six years ago.

With health becoming a major concern around the world, the initial session was devoted to health, vaccines and global expectations. India has made a mark by providing vaccines to over 80 nations, even as the rich nations grabbed them for their citizens. Ironically this is at a time when the second surge of the Covid pandemic is sweeping the country and the health infrastructure across cities and towns are creaking at the seams.

The foreign minister was in conversation with Mark Suzman CEO of the Bill and Melinda Gates Foundation. Suzman showered fulsome praise on the Indian government. The minister spoke of India’s partnership with the Gates Foundation as an attempt at “a kind of global fairness coalition”, to make sure that the weaker, vulnerable and less privileged across the world are not left behind.

He went on to explain that it was not enough to be good but a country had to also be smart.

Patting his government on the back, the foreign minister said, “And if you look today, it isn't just a question of our saying ‘Vasudhaiva Kutumbakam’, we actually mean what we say, and we have a practical way of demonstrating it.”

In a self-congratulatory mode, Jaishankar said: “This is a very practical, delivery-oriented government. And you spoke about vaccines; we delivered vaccines to a lot of countries. But even before the pandemic, if you look in terms of humanitarian assistance, whether it was an earthquake in Nepal, or a civil war in Yemen, or a cyclone in Mozambique, or a typhoon in Fiji, or a mudslide in Sri Lanka, or whether it is taking the Paris agenda forward through initiatives like the International Solar Alliance, or how to respond collectively towards disaster resilience. So, there are very practical ways by which we have demonstrated our belief in the world as a family.”

Jaishankar also spoke of the need for equitable access to vaccination, as “no one will be safe till everyone is safe”. He gently criticised nations for not practising what they preach though he acknowledged governments had a duty to their citizens. “Now, I understand that, I'm not against that. I think if any country is under stress if the numbers are going up, which by the way they are for us right now, I think it's completely legitimate that we apply, and repurpose our production to where the immediate challenge is.”

Critics have questioned the Modi government’s outreach to the world at a time when the pandemic is raging at home. The government has temporarily stopped exports of vaccines, though a small quantity is still being released.