There Is Growing Intolerance In Society: Supreme Court

The observation was made in a judgement in which the apex court imposed Rs 20 lakh fine on the Mamata Banerjee government over not allowing the screening of satirical film "Bhobishyoter Bhoot" in West Bengal. 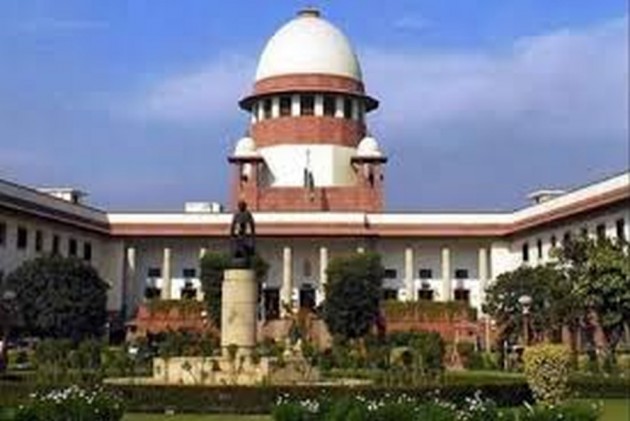 The purpose of art is to "question and provoke" but there is a growing intolerance in society and organised groups pose a serious danger to the right to free speech and expression, the Supreme Court said on Thursday.

The observation was made in a judgement in which the apex court imposed Rs 20 lakh fine on the Mamata Banerjee government over not allowing the screening of satirical film "Bhobishyoter Bhoot" in West Bengal.

There was clear abuse of public power by the authorities, it said, underlining that State does not "entrust freedoms" to the people but they inseparable from "our existence".

"Contemporary events reveal that there is a growing intolerance: intolerance which is unaccepting of the rights of others in society to freely espouse their views and to portray them in print, in the theatre or in the celluloid media. Organised groups and interests pose a serious danger to the existence of the right to free speech and expression," said a bench, comprising Justices D Y Chandrachud and Hemant Gupta.

"If the right of the play-wright, artist, musician or actor were to be subjected to popular notions of what is or is not acceptable, the right itself and its guarantee under the Constitution would be rendered illusory.

"The true purpose of art, as manifest in its myriad forms, is to question and provoke," it added.

The top court said that art in an elemental sense reflects a human urge to question the assumptions on which societal values may be founded and in questioning prevailing social values and popular cultures, every art form seeks to espouse a vision.

"Underlying the vision of the artist is a desire to find a new meaning for existence. The artist, in an effort to do so, is entitled to the fullest liberty and freedom to critique and criticise. Satire and irony are willing allies of the quest to entertain while at the same time to lead to self-reflection.

"We find in the foibles of others an image of our own lives. Our experiences provide meaning to our existence. Art is as much for the mainstream as it is for the margins. The Constitution protects the ability of every individual citizen to believe as much as to communicate, to conceptualize as much as to share," the bench said.

It said that public power must be conscious of the fact that we live in a democracy simply because the Constitution recognizes the inalienable freedoms of every citizen.

The apex court said that the power has been entrusted to the state by the people under a written Constitution and the state holds it in trust and its exercise is accountable to the people.

"The state does not entrust freedoms to the people: the freedoms which the Constitution recognises are inseparable from our existence as human beings. Freedom is the defining feature of human existence. Freedoms are not subject to power.

"Public power is assigned by the people to government. Ours is a controlled Constitution, a Constitution which recognizes the fullest element of liberty and freedom and of the answerability of power to freedom. The views of the writer of a play, the metre of a poet or the sketches of a cartoonist may not be palatable to those who are criticised," the bench said.

It said that those who disagree have a simple expedient of not watching a film, not turning the pages of the book or not hearing what is not music to their ears.

"The Constitution does not permit those in authority who disagree to crush the freedom of others to believe, think and express. The ability to communicate ‘ideas’ is a legitimate area of human endeavour and is not controlled by the acceptability of the views to those to whom they are addressed.

"When the ability to portray art in any form is subject to extra constitutional authority, there is a grave danger that fundamental human freedoms will be imperiled by a cloud of opacity and arbitrary state behaviour," the bench said.