'There Was No Time For Emotions': PTI Journalist Recalls How Gandhi's Assassination Was Reported

Walter Alfred, who turned 99 last month, was a journalist for Press Trust of India based in Nagpur when Gandhi was shot dead by Nathuram Godse on January 30, 1948. 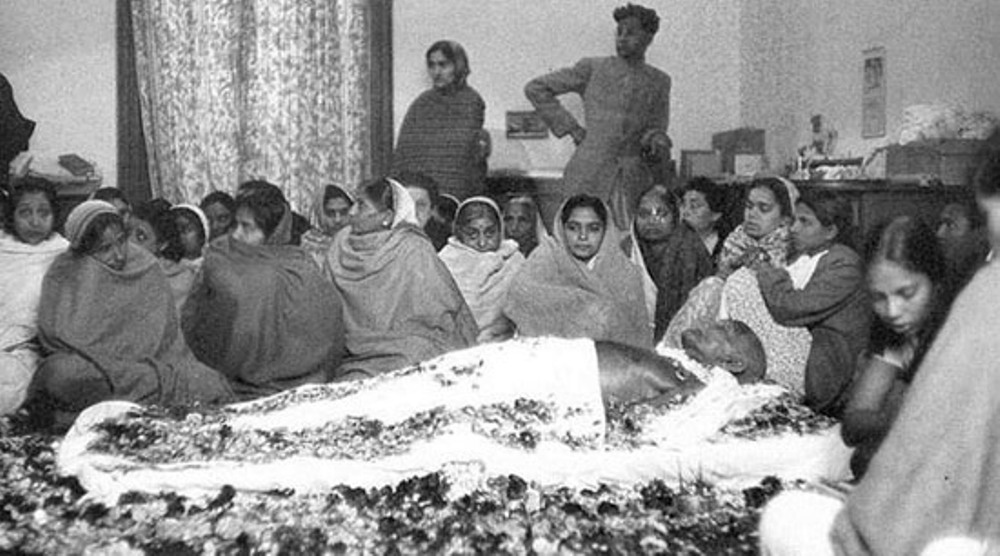 In today’s era of blinding-fast technology when news spreads across the world in seconds, it is hard to imagine that even well-connected journalists in faraway Indian towns found out about Mahatma Gandhi’s assassination, a global newsbreak, more than an hour later.

Walter Alfred, who turned 99 last month, was a journalist for Press Trust of India based in Nagpur when Gandhi was shot dead by Nathuram Godse on January 30, 1948.

Recalling that fateful day, Alfred provided insight into how news travelled, virtually at snail’s pace, in those days.

"January 30, 1948 was a lean day for all of us... I might have filed a few news stories till evening. The office phone rang around 6.30-7 pm and that's when I got to know about the assassination of Mahatma Gandhi,” recalled Alfred, who now lives in Mira Road near Mumbai.

A colleague from Mumbai was at the other end, informing him about the fatal attack on the Mahatma in New Delhi’s Birla House at 5.17 p.m. while he was on his way to performing evening prayers. Alfred, who says he was born on September 21, 1920 in Mangalore, remembers the colleague’s name only as Ponkshe.

Those were the days when telex and teletypewriter machines were cutting-edge technology, which were used to transmit written material over telegraph lines. A 300 word story would take a few minutes to be typed automatically and appear on the machine.

But even these were not available in Nagpur at the time. The office of the newly-minted PTI in Nagpur was just being set up and new technology had not yet been introduced.

Mumbai, then known as Bombay, was the other big centre for PTI besides New Delhi. In those days, non-urgent news was sent from the headquarters to smaller PTI offices by telegram. The telegrams were then transcribed by local PTI journalists by hand, and copies were distributed by messengers to local newspaper subscribers of the news agency.

If urgent, journalists at HQ would be deployed to make trunk telephone calls to colleagues in smaller bureaus to dictate the breaking news, which would then be copied by hand to make PTI dispatches.

Ponkshe, who was apparently a sub-editor in Mumbai, was directed by his chief reporter to call Nagpur on phone and dictate the urgent news of Gandhi’s death to Alfred.

Alfred said he did not lose his composure."I immediately started typing the initial copies based on the briefing by Ponkshe. There were two peons in the office who rushed with the copies to our six local subscribers, including an English daily, as there was no teleprinter then."

"It was a test of my accuracy and brevity as I had to answer every call regarding Gandhiji's assassination, note down updates, make a copy of it for the six subscribers and send peons to deliver it” every two hours, Alfred said.

There was little time for emotion that day, said Alfred, who joined the British news agency Reuters when he was about 18, either in 1938 or 1939 as far as he could recollect.

Reuters owned and ran the Associated Press of India, which became Press Trust of India after Independence in August 1947.

Asked if the news of the assassination rekindled memories of his previous meetings with Gandhi, Alfred said: "I had no time for such memories. I was focused only on noting down telephonic briefings and making a copy out of it, including details of the arrest of Nathuram Godse and his alleged RSS connection.”

The following day, Alfred went to the headquarters of the Rashtriya Swayamsevak Sangh in Nagpur.

He said he saw many people weeping openly outside. But he was “surprised to find that some people appeared happy”.

“They could not hide their feelings… they did not like Gandhi and Nehru but I had never imagined they would react in such a way," he said.

Alfred also remembers attending meetings addressed by Gandhi, including the one at Gowalia Tank in Mumbai where he gave the call of Quit India to the British in August 1942.

"To my surprise, the news agency's 'temporary desk' to key in and transmit the stories was set up very close to the stage and there were 12 reporters and sub editors working on the stories. News agency stories usually do not have bylines of reporters, but print at the end the initials of reporters and editors involved in preparing the story.

"I remember every story of that event transmitted by Reuters had 12 initials of the journalists involved,” he said.