There’s Anomaly In What Sangh Does And Says: Mayawati On Bhagwat’s DNA remark

RSS chief Mohan Bhagwat earlier said that the ‘DNA of all Indians is the same, irrespective of religion’ 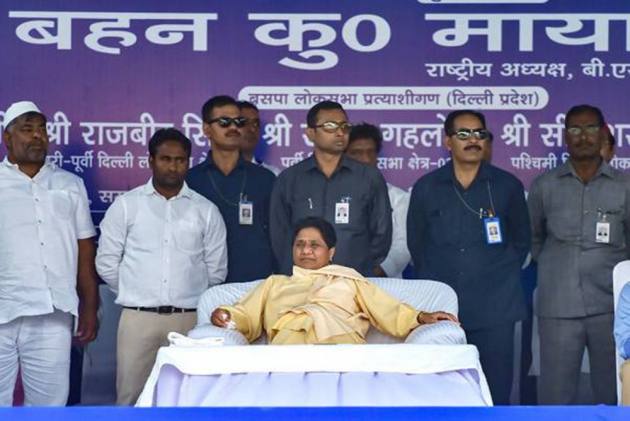 Responding to RSS chief Mohan Bhagwat's comments that all Indians share the same DNA, BSP president Mayawati on Monday said that there is a world of difference between what the Sangh says and does.

"RSS chief Bhagwat's remarks that the DNA of all Indians is the same and violence is being carried out against Hindutva has not gone down well with many as there is a difference in the words and actions of the Sangh, BJP and the government, which is evident for everyone to see," Mayawati said.

On Sunday, while urging Muslims not to get trapped in a cycle of fear, Bhagwat said, "Hindu-Muslim unity is misleading as they're not different, but one. DNA of all Indians are same, irrespective of religion," Bhagwat had said, adding, "We are in a democracy. There can't be a dominance of Hindus or Muslims. There can only be the dominance of Indians."

Responding to his remarks, Mayawati said the RSS chief's statement was like "Muh me Ram, bagal me chhuri", a Hindi proverb that roughly translates to showing a two-faced nature.

Bhagwat is cursing the country's politics by calling it divisive but that is not right, the former chief minister said.

It is the result of the blind support of RSS to BJP and its governments that the poison of casteism, political hatred and communal violence is plaguing normal life, she added.

The BSP president said Bhagwat had said "big things" in his statement in Ghaziabad.

"Without the cooperation and support of the RSS, the existence of the BJP is not possible. Why is the RSS not able to get what it wants implemented by the BJP and its governments?" she further asked.