These Things Will Keep On Going, I'm Concentrating On My Work: Priyanka Gandhi Vadra On Husband's Questioning

Vadra was interrogated for over eight hours by the Enforcement Directorate in Jaipur on Tuesday in connection with an alleged land scam in Bikaner. 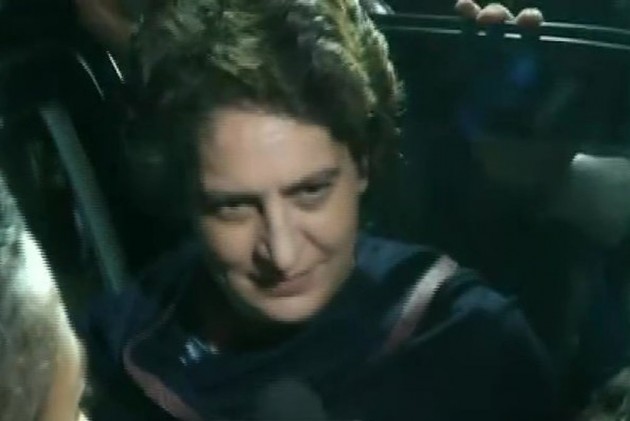 Priyanka Gandhi Vadra,  Congress general secretary in charge of eastern Uttar Pradesh, whose husband Robert Vadra is being probed by the Enforcement Directorate (ED) in connection with a money laundering case, on Tuesday, said that "these things will keep on going".

Priyanka, who conducted a meeting with local Congress workers inside the party office in Lucknow for around 16 hours, said, "These things will keep on going, I'm doing my own work." She made the remarks when asked if Vadra's questioning by the ED affected her.

Robert Vadra was interrogated for over eight hours by the ED in Jaipur on Tuesday in connection with an alleged land scam in Bikaner amidst heightened security. His mother Maureen Vadra, was also present. The businessman will be questioned on Wednesday as well.

Talking about the meeting, Priyanka said, "It is nice on seeing the enthusiasm of party workers. They waited for me for long. I thank them. I am learning more about the organisation. How does the organisation work in the region and how are the district and block committees (functioning). I am taking all details."

"I am learning a lot about the organisation and how it is structured. I am getting views on how to fight the elections," she added.

The Congress is leaving no stone unturned in wooing the electorates of Uttar Pradesh, which accounts for maximum number of seats in the Lok Sabha.

On Monday, Priyanka along with Jyotiraditya Scindia and brother Rahul Gandhi conducted a massive road show in Lucknow.

The roadshow was also the Congress's first mega show of strength in Uttar Pradesh ahead of the 2019 Lok Sabha elections.

According to sources, Priyanka will meet the party workers till February 14 and is scheduled to visit several constituencies in eastern UP region from February 18 to February 21.

She was formally ushered into the party fold on January 23 on a missionÂÂ to transform its fortunes ahead of the Lok Sabha elections due in a few months.

The decision to induct Priyanka was taken days after the Samajwadi Party and BSP decided to form an alliance to contest the Lok Sabha polls and kept the Congress out.